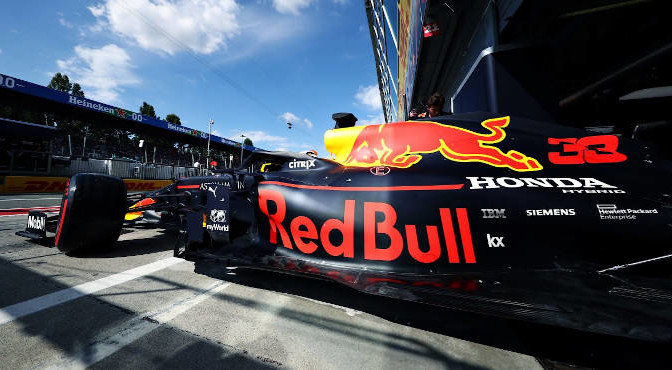 Although Honda had endured a tough time at the start of their return to Formula 1 in 2015, those who witnessed their engines dominating the sport in the late Eighties and early Nineties knew how relentless the Japanese company was in technical development and the pursuit of success.

At the start of 2019 they confidently predicted that Honda would win before the halfway point of the season, and when Max Verstappen won the Austrian Grand Prix in his Red Bull RB15, they were proved right. They understood the mindset that they brought to their F1 engineering, and that while the personnel had inevitably changed the company’s fundamental philosophy had remained exactly the same.

When Toro Rosso switched to the Honda RA618H for 2018 they found it was markedly different to their previous power unit. Honda continued to employ the same system of a split, shaft-driven, turbocharger that had been used successfully by Mercedes since the start of the turbo-hybrid formula in 2014. There were packaging advantages from the start even though the engine sat further back in the chassis due to the mounting of the turbo’s compressor section at the front of the cylinder block, because the rear end of the power unit was less bulky. This thus conferred a small aerodynamic advantage in shaping the engine cowling and cleaning up airflow before it reached the rear wing.

During that season there were regular meetings which were attended by Honda, Toro Rosso and engineers from Red Bull Technology. However, Red Bull saw enough in Toro Rosso’s performance to be convinced that partnering with Honda was the right way to go forward from 2019, and were particularly impressed that in 2018 Toro Rosso’s engineers had been boosted by Honda’s willingness to work so closely and to encourage input into the packaging of components.

Another plus point was that the RA619H motor was fundamentally very similar to the RA618H, and even the RA617H from 2017, and that facilitated very efficient integration of the engine into the Red Bull RB15 chassis. By the time Red Bull were fully engaged and privy to all the relevant information, team boss Christian Horner was highly enthused by what he had seen and revealed that the integration process was the best they had experienced. It was not hyperbole. In interviews, Horner also disclosed how much his engineers enjoyed working with a genuine engine partner for the first time, rather than with just a supplier.

Toro Rosso had already noted in 2018 that the Honda RA618H was reasonably powerful, and Pierre Gasly had been very happy with its performance even then. When the new RA619H ran for the first time on the in-house dynamometer over the winter of 2018/19 it was clear from the outset that its performance was promising. Horner described it as “a rocket”.

When Max Verstappen first got to try the RA619H in the Red Bull RB15 in the first Barcelona test he was extremely enthusiastic about its performance and said he had no doubt that it had more power than he had had in 2018, but also that it wasn’t peaky, and that there was a wide power band. The delivery of that power was also an improvement, as it facilitated smoother downshifts which helped to make the car more stable under braking and when downshifting while turning into corners.

The Australian GP season-opener in Melbourne indicated that there was still a slight deficit to Mercedes and Ferrari in outright power, but during the season three separate evolutions of the power unit were introduced and each was an improvement. By mid-season Verstappen believed they were on a par with Mercedes, and by the time they got to the higher altitude in Mexico City, which is around 7350 feet above sea level, it seemed that they had more power than their rivals.

By the Spanish GP, a revised front wing and endplates improved the car’s balance, and then a series of smaller but critical further upgrades in Canada, France and Austria honed that to a competitive pitch. Gradually, as PU reliability improved, the drivers were able push the engines harder in both qualifying and the races.

The development of power unit and chassis finally paid off when Verstappen won the dramatic Austrian GP on Red Bull’s home turf, to give Honda their first F1 victory since Hungary in 2006. Two races later he did it again with a brilliant victory in the rain in Germany as many rivals made costly mistakes. Red Bull, Toro Rosso and Honda continued to make progress through the rest of the season, but it was towards the final part of the year that the partnership really shone. Verstappen, Red Bull and Honda were back on top and enjoyed the most impressive of their wins as they dominated in Brazil.

So, in the end, as the faithful had predicted, Honda did win in 2019. Not once, but three times. And Max Verstappen placed third overall in the world championship, behind the dominant Mercedes duo. There was strength in depth too, from Toro Rosso, with Daniil Kvyat finishing third in Germany and Pierre Gasly second in Brazil, which made the latter a Honda 1-2. But for an incident with Lewis Hamilton in the closing stages, Red Bull’s Alex Albon might have made it a 1-2-3.

On the basis of such a strong first year together, Honda and Red Bull believe that great things can be possible in 2020 – once some sort of season can get underway.