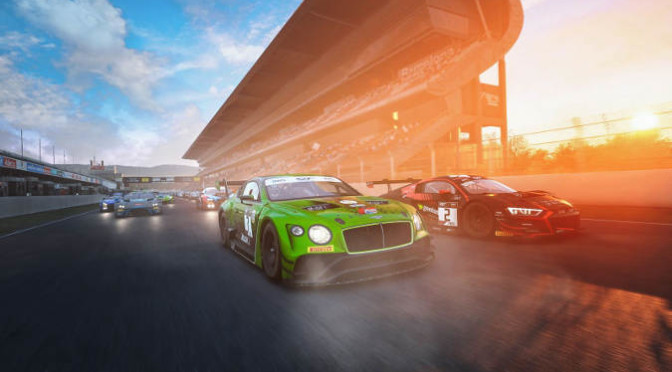 The newly launched championship, organised by SRO E-Sport GT Series, Kunos Simulazioni and Ak Informatica will consist of Assetto Corsa Competizione races for three separate classes: a Pro Series for real-world competitors, a Silver Series for invited sim racers, and an Am Series for public qualifiers.

Entrants for the latter will be decided by four hot-lap sessions, open between 26 April and 10 May, with the fastest 10 from each making up the Am Series grid. Drivers can choose between four world-class tracks – Spa-Francorchamps, Silverstone, Circuit de Barcelona-Catalunya and the Nürburgring – at which to log their best times.

Qualifiers will be required to stick with the same car they used for the hot-lap contest throughout the full championship. What’s more, the Silverstone session will be exclusively reserved for drivers using the Bentley Continental GT3, with the British marque acting as a supporting manufacturer of the Am Series.

With the final list of 40 qualifiers decided the championship will take place over five rounds on successive Saturdays. The first will be staged at Silverstone on 16 May, followed by Spa-Francorchamps (23 May), the Nürburgring (30 May) and Barcelona (6 June). The venue for the fifth regular season race will be voted for by fans, while all five events are set to be live-streamed on the SRO Motorsports Group Twitch channel.

Points will be awarded to the top-10 finishers in each race on a standard 25-18-15 basis. The top-10 drivers in the standings will progress to the Grand Finale where they will compete against the best 20 Pro drivers and a further 20 Silver contenders. The top three Am Series finishers will also receive special trophies to recognise their achievements.

Registration opens today (17 April) on www.sro-esport.com while the public hot-lap contest begins on 26 April and will run through to 10 May. The opening round for the Pro and Silver Series will be staged at Silverstone, with the action getting underway on Sunday 26 April.