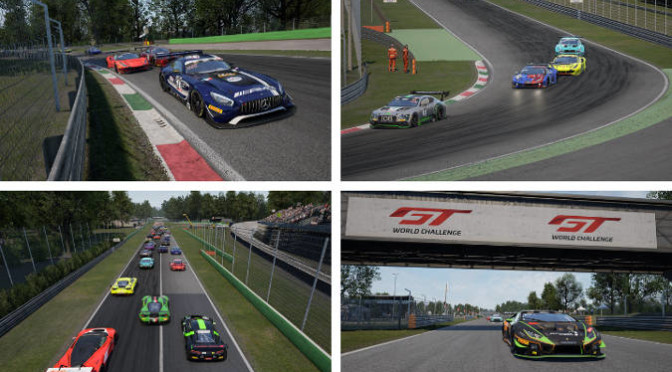 The new SRO E-Sport Championship will launch this month at Silverstone, kicking off a series of Assetto Corsa Competizione races that will play out at the world’s most iconic and challenging circuits.

Building on this successful one-off event, the SRO E-Sport Championship will see three classes competing in separate races before the best from each come together for a deciding final. The Pro Series will feature real-world GT drivers, while the Silver Series will be reserved for dedicated pro sim racers. Both are set to undertake five rounds and the top-20 points scorers from each will progress to June’s grand finale.

The opening contest will take place at Silverstone on Sunday 26 April, beginning a run of five races in eight weekends. Round two will be staged at Spa-Francorchamps (10 May), a track synonymous with GT racing as host of the marquee Total 24 Hours of Spa. Next, competitors will tackle the 4.5km Nürburgring layout (17 May) followed by round four at Circuit de Barcelona-Catalunya (31 May).

The fifth event will conclude the regular season on 14 June. Exactly where the action is staged will be determined by a public vote, giving fans the opportunity to choose from a range of world-leading circuits featured in Assetto Corsa Competizione. Each race will enjoy full coverage across a range of channels, including the GT World YouTube and Dailymotion accounts and the SRO Motorsports Twitch and Facebook pages

The Am Series will take place over five consecutive Saturdays from 16 May. Entrants will be decided by an open hot-lap qualifying that runs from 26 April to 10 May, with the fastest 40 earning their spot on the grid. They will tackle the same set of circuits as the Pro and Silver drivers, racing at Silverstone (16 May), Spa (23 May), Nürburgring (30 May), Barcelona (6 June) and a to-be-decided venue on 13 June. Each event will be live-streamed on Twitch.

A total of 50 drivers will participate in the deciding contest, with the venue once again selected by public vote. Pre-registration is open now on www.sro-esport.com, with further details and race formats for the inaugural SRO E-Sport Championship set to be revealed next week.