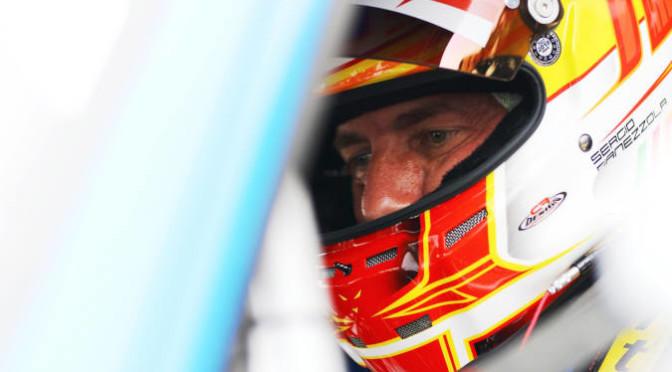 Sergio Pianezzola is the reigning Michelin Le Mans Cup champion in the GT3 class with Giacomo Piccini and Kessel Racing. This season he will be the team Manager of Iron Lynx, with the team entering two Ferraris 488 GT3 in the Michelin Le Mans Cup. We have met with Sergio who told us about the new adventure that awaits him.
When did you decide to turn your talents to becoming the Team Manager of Iron Lynx?

Together with Deborah Mayer, Claudio Schiavoni and Andrea Piccini we established Iron Lynx 3 years ago. Andrea and myself are managing the day-to-day running of the company since the beginning. In the past 2 seasons Andrea was much more involved in team managing while my role was more as company manager. Basically, due to his huge and successful experience as driver, we decided he would have spent a lot of time on the racetracks and me in the office as per my professional skill. The company was just born, and we had to split the roles, but I can’t hide I’ve always look forward to the day I could have been on a similar role as Andrea’s as well. I really am a motorsport addict. In 2018 our team attended the Lamborghini Super Trofeo Europe (2nd overall in both, European Championship and World Finals) while last year in the Italian GT Championship with one Ferrari 458 GT3 (1st in class in the Sprint series) and the Italian Formula 4 Championship. In 2020 we’ll make another step ahead with 2 Ferrari 488 GTE in the ELMS and 2 Ferrari 488 GT3 in the MLMC. The team is now needing more support to manage these prestigious programs and I’m very happy it has arrived my time to be on the field. More, I’m very happy it will happen in MLMC, a championship I personally love a lot and where I won in GT3 class in the past two seasons together with Giacomo Piccini, Andrea’s brother.

Will it be a challenge to keep your different roles as the Team Manager and as a driver separate?

It won’t be easy for sure, especially because ELMS and MLMC are racing in the same weekend. However, from one side I know both series quite well and from the other one we have set-up a strong team of professionals in any role. In MLMC we’ll have Francesca Valdani as Sporting Director, she knows very well the series as well having been there with DKR last season. It will be a big challenge for sure, but we acknowledge we have everything to do well.
Do you feel your experience as a championship winning driver will give you an advantage when it comes to running a team?

I hope. But on the other side it will be my first experience ever as Team Manager, so the feeling is half and half: confident with two years of experience as driver in the series and a bit worried because of my debut as Team Manager.

Tell us about the Iron Lynx team? Who will be driving the cars this year?

I’m extremely happy to announce that our dear friend and Iron Lynx share holder Deborah Mayer will make her return behind the wheel after she became two times mother in the last 2 years. She will be racing together with Michelle Gatting and this will be the first female line-up ever in the history of MLMC. In the second car we will Giacomo Piccini together with Rino Mastronardi, a very competitive line-up.

What is the goal for the team in the GT3 class this year?

Deborah and Michelle’s car will be racing with Iron Dames livery being a strong part of the Project we started last year – and we’ll repeat in 2020 – with car #83 in the ELMS. They will be under the patronage of the FIA Women in Motorsport program. The goal for Deborah is to restart racing and to keep on growing as a driver, looking forward to make her dream come true of attending one day at the 24 hours of Le Mans. Deborah is probably the most passionate racing driver I’ve ever met in my life. I’ve been following her as a racing coach since the beginning of her career in 2016 in the Ferrari Challenge. Michelle, who is incredibly fast and professional, will also help her this year. With the guys’ car we feel we have all to fight for the title and will give all what we can to be part of it.

The first race is in Barcelona, what are your thoughts about this circuit, what do you like and what don’t you like about it?

Barcelona is one of my favourite track and the memories of 2019 are still in my mind. In MLMC with Giacomo we won the race after a big fight with the Ebimotors Porsche of Pera and Baccani, while in the ELMS I probably had the best performances of the season with the 488 GTE. The track itself is beautiful, very engaging with two or three corners that are extremely difficult and at least 3 braking where to fight side by side with the other contenders. I can’t wait anymore; I’m daily doing the countdown to be there the first weekend of April for this new personal adventure with Iron Lynx.

Iron Lynx will be on track from the 1st of April for the Collective Tests in Barcelona, followed by the first round on the 4th of April.