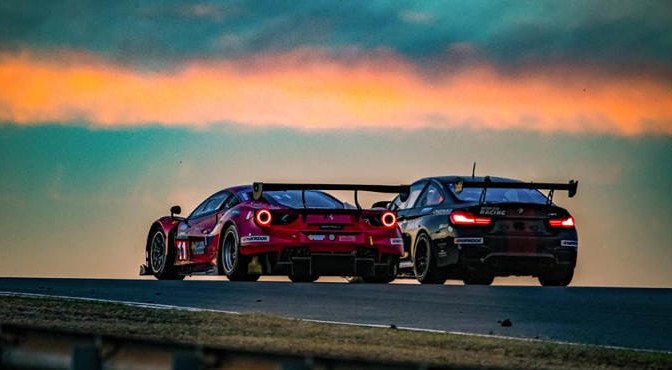 Due to on-going concerns in Italy, the inaugural Hankook 12H MONZA, scheduled to take place on 27-28 March, has been postponed by mutual agreement of the management team at the Autodromo Nazionale Monza and Dutch promoter CREVENTIC, the organising body behind the 24H SERIES powered by Hankook.

The re-scheduled Hankook 12H MONZA will now take place on 10-11 July, and thus becomes the fourth round on the 24H SERIES Europe calendar rather than the European season opener.

Both CREVENTIC and the Autodromo management team are in agreement that the safety of competitors, fans and all personnel involved during a race weekend remains a top priority, and consider this among the main contributory factors towards this decision.

CREVENTIC is also pleased to announce that the 24H SERIES Europe season opener will go ahead as planned on the previously confirmed date of 26-27-28 March, and will now take place at the Circuito Estoril in Portugal.

All confirmed entries for the Hankook 12H MONZA have now been registered for the first-ever Hankook 12H ESTORIL on 26-27-28 March. Entries remain open for both the Portuguese event and the rescheduled Monza round.

Pietro Benvenuti, General Manager of Autodromo Nazionale Monza, explains: “The epidemiological emergency that is affecting Italy, imposes on us responsible choices to fight and contain the spread of the Coronavirus. We have therefore decided, in agreement with CREVENTIC, to postpone to July the endurance race Hankook 12H Monza that should have inaugurated the sporting calendar of our circuit. We are happy to have found in the Promoter a sympathetic partner that allowed us to propose the event to the Italian public anyway, even if on different dates.”

Speaking on behalf of CREVENTIC, Ole Dörlemann explains: “Despite the change to our calendar, we are very pleased that the 24H SERIES will race at Monza for the first time in 2020, albeit slightly later in the year than previously planned. The safety of everyone attending, and/or competing at, a 24H SERIES event has always been our top priority, and will continue to be so in the years that follow. At the same time, we are very pleased to have found a workable solution to this issue with the management team at the Autodromo Nazionale Monza and remain confident that CREVENTIC’s first race at the temple of speed in July will be successful and memorable.”

All other confirmed race weekends for this year’s 2020 24H SERIES remain unchanged and will proceed as planned.