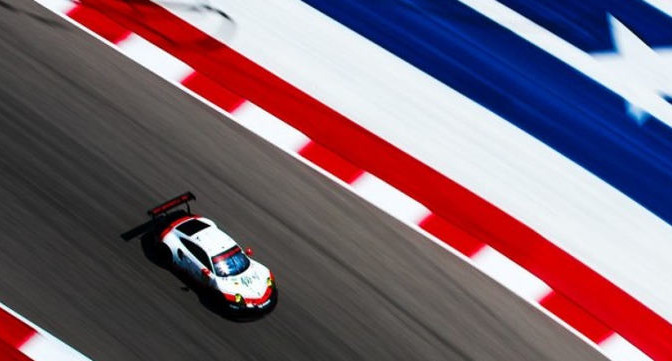 Below is a selection of event-based statistics from COTA in years gone by. As always, thanks to Alex Harrison from @WECData for providing the key information.

2. #6hCOTA will be the 50th 6-hour race in WEC history! Also, no drivers have scored more podiums at #6hCOTA than France’s Loïc Duval and Nico Lapierre.

4. The 2017 #6hCOTA sprung a run of two wins for AF Corse No. 51 car, to date the last WEC GTE Pro car to win consecutive races. For #8hBahrain 2019 winning Aston Martin Racing No. 95, of Thiim and Sørensen, 2016 staged their first win of the season. A win in the USA this time out would extend its lead in the championship.

5. Four drivers are participating at #6hCOTA under the American flag – Gustavo Menezes (Rebellion Racing), Mark Patterson (High Class Racing), Colin Braun (DragonSpeed) and Ben Keating (Team Project1). Menezes and Keating have both won in 2019/20, at #4hShanghai and #8hBahrain respectively. For Patterson, it will be his first visit to COTA with the WEC, and Braun’s first WEC race entirely.

6. AF Corse has rounded out the GTE Pro podium on all five visits to #6hCOTA, with a double podium on three occasions.

7. Four drivers are tied for the most wins at #6hCOTA, spread across two classes. Timo Bernhard and Brendon Hartley scored three consecutive wins from 2015-2017 in LMP1 for Porsche. In GTE Am, Pedro Lamy and Paul Dalla Lana have won on three occasions with Aston Martin Racing, in 2014, 2016 and 2017.

8. Only one American driver has won at the #6hCOTA – Gustavo Menezes. The then-Signatech Alpine man scored victory on two occasions, winning with Nico Lapierre both times, alongside Stéphane Richelmi firstly in 2016, before André Negrão in 2017.

10. DragonSpeed return to the WEC LMP2 field at #6hCOTA, for the first time since #LeMans24 2019 – a season which saw them finish third in LMP2, having scored one pole position, and three podiums, including the win in Belgium. Hedman returns to the class following a troubled 2018/19 LMP1 campaign, alongside Hanley, who has spent the first half of 2019/20 with Team LNT. They are joined by native Braun, an IMSA class winner at COTA.