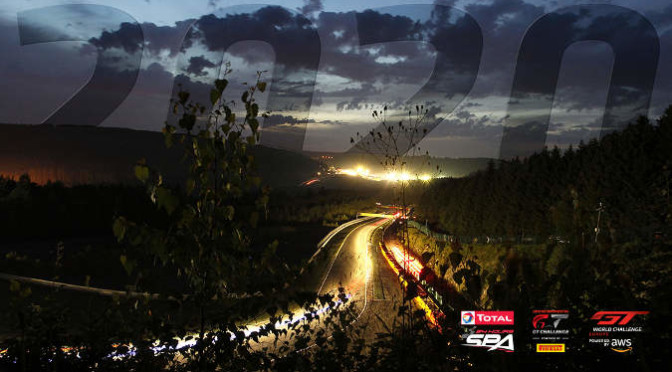 The mighty Chrysler Viper GTS-R will start from pole, leading away a field that also includes a variety of Porsches, an exposed-cockpit Renault Spider, and the first Belgian machine to start the race in more than 60 years. Engines range from the V12 powerplants deployed by Ferrari and Lamborghini to the Rover four-cylinder engine that propels a pair of Lotus Elise entries. The list of drivers includes experienced professionals, young hopeful, and ambitious amateurs, while the teams are a similar mix of established outfits and lesser-known operations.

This is a truly varied grid, but all involved share a common link. From the Viper to the Spider, from veterans to rookies, all are participating in the start of a new era at one of the world’s longest-running endurance contests. For the first time in its long and colourful history, the Spa 24 Hours is a GT race.

In some respects, the importance of this event could be seen at the time: the saloon cars that had contested the 24 Hours in the final years of the 20th century had given way to big, noisy GT machines.

But the true significance of what happened on 4 August 2001 is only fully clear now, as we prepare for the race’s 20th running under GT rules. It was more than just a change of equipment: it was the moment that began Spa’s reinvention. The hope back then was that GT racing would help the event to rediscover its past glory; in fact, it has taken it somewhere entirely new.

Today, the Total 24 Hours of Spa is once again a major fixture on the international calendar, with manufacturers, teams and drivers placing huge significance on the race. This has brought back old fans who drifted away during the latter half of the nineties and allowed others to discover the event for the first time.

What’s more, new rituals have been created. The parade to Spa town centre was a relatively small affair when it launched in the early years of the GT era; it is now a street party that sees the town packed with fans. Off-track entertainment has flourished around the venue, while the music concert has grown into an event of its own.

On the circuit, races staged over a full day and night have been won or lost by mere seconds. A total of 47 drivers have triumphed outright since GT rules were adopted, while countless others have put everything on the line at one of the world’s most challenging circuits. Behind the scenes, thousands of hours’ worth of preparation have been poured into the event by the organiser and the teams.

All the while the Total 24 Hours of Spa has continued to grow: the 2018 edition saw 13 different brands on the grid, while in 2019 an incredible 72 cars took the start. Both are records for the GT era and, as we approach this year’s milestone running, worthy of celebration. Beneath the headlines there are many other stories: of success and heartbreak, of individual brilliance and collective endeavour. These, too, deserve to be unearthed.

So, in the weeks leading up to this year’s race, we will explore the moments that have shaped the modern Total 24 Hours of Spa, telling 20 stories to celebrate the 20th running of GT era. Big or small, each has played its own part in making the event what it is today.