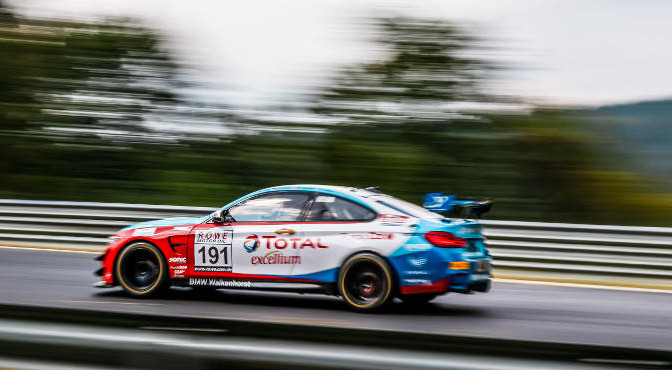 High-profile BMW customer squad Walkenhorst Motorsport has announced it will enter a two-car team in this year’s DTM Trophy.

The German outfit, whose biggest success to date was victory at the 2018 Spa 24 Hours, will run BMW M4 cars in the new-for-2020 series, with the first seat already allocated to Walkenhorst Motorsport junior Ben Tuck.

The 22-year-old was runner-up in 2018’s British GT GT4 category and has been named as a Rising Star for 2020 by the British Racing Drivers’ Club.

DTM Trophy organisers have also revealed that the series will receive high-profile billing across its six weekends in 2020. With a confirmed start-time of 1515CET for every race (except Saturday’s Norisring event), the series will immediately follow the headlining DTM event, earning it high visibility on the busy DTM race weekend programme.

“We’re absolutely delighted to expand our programme for 2020 by joining the DTM Trophy. Racing alongside the DTM – to packed grandstands and busy paddocks – is a fantastic opportunity for Walkenhorst. In Ben, we have a genuine young talent who has already shown exceptional ability in GT racing. Additionally, given our commitment to youth development, the second seat will also go to a young driver, and will receive funding support from the team. For us, in our first-ever sprint race series, it’s really important that we perform well.”

“I joined Walkenhorst Motorsport at the beginning of the 2019 season, and together we competed in the VLN Championship. Naturally, I’m delighted to be able to continue my relationship with Walkenhorst and with BMW as we enter this year’s DTM Trophy. I think that Walkenhorst has the experience and commitment to make a success of the season, and I believe we will work strongly together. I’m already fully comfortable driving the BMW M4, so to compete on the DTM bill, on some of the most iconic and popular tracks in Europe, is both a huge challenge and a massive thrill. I’m really looking forward to it.”

“Having a team of the calibre and experience of Walkenhorst Motorsport really underlines the appeal of the DTM Trophy. We’re really looking forward to having a very high-profile customer BMW operation join our grid. Also, being able to confirm the start-times demonstrates the extent to which we’ve prioritised the series to ensure it reaches the biggest possible audience. There’s lots happening with the DTM Trophy, and we’re all very keen to get started.”