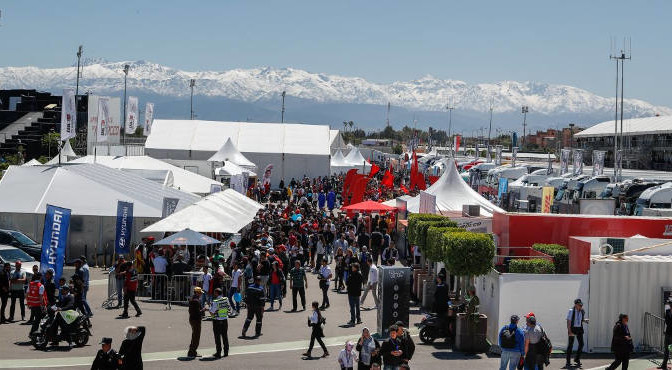 Salzburgring in Austria will join the 2020 WTCR – FIA World Touring Car Cup from 24-26 July, while Hungaroring will host the opening event of the upcoming season as part of planned changes to the calendar approved by the FIA Touring Car Commission at its meeting in Paris today (Wednesday).

While the changes to the 2020 WTCR schedule – which also include a revised date for WTCR Race of China to accommodate the later-than-planned shipment of cars and equipment – must now go to the FIA World Motor Sport Council for ratification, they mark the end of an era.

Door always open after 10 fantastic years in Marrakech
After staging its first FIA World Touring Car race in 2009, the Marrakech Grand Prix weekend became an instant hit and a hugely popular addition to the calendar. And although the Circuit Moulay El Hassan won’t feature on the 2020 WTCR schedule, conversations are ongoing regarding future opportunities in the country.

François Ribeiro, Head of Eurosport Events, the WTCR promoter, explained: “With Mehdi Bennani, Morocco’s top racing driver, unfortunately no longer set to race in WTCR, running the event without his participation and the support that he brought means it’s simply no longer possible to deliver a race weekend of the standing and quality we always achieved in Marrakech.

“Marrakech has been a unique venue to open our season in such a beautiful country with a festive atmosphere and warm hospitality. While we are closing a 10-year chapter with Marrakech, we have already started to think about what our next chapter with Morocco will be. In the meantime, Eurosport keeps a tight connection with the Moroccan Ministry of Sports to promote the country as a sporting destination.”

Ribeiro continued: “Morocco has become a major player of the automotive industry since we first raced there in 2009, a solid car production hub for Africa, and I have no doubt our paths will cross again in the future. We place on record our huge gratitude to the Marrakech Grand Prix organisers for all their endeavour, dedication and support since the WTCC’s first visit.”

Situated some 12 kilometres east of the city of Salzburg in central Austria, Salzburgring has the honour of hosting the final event of the WTCR’s traditional European schedule before the Asian leg begins in China in September.

First used in 1969 and measuring 4.241 kilometres in length, the track’s valley setting provides a picturesque backdrop, while its rapid layout offers an exciting challenge for drivers and plenty of action for fans. More details of the event will be announced in due course.

François Ribeiro: “Salzburgring is tailor-made for spectacular touring car racing and was always a WTCC season highlight. Its central location is ideal for the WTCR teams and we are excited to be renewing our partnership with the track and bringing WTCR racing to fans in that part of the world.”

King of WTCR to begin WTCR title defence at home
With the Hungaroring now set to open the 2020 WTCR season from 24-26 April, the King of the WTCR, Norbert Michelisz, will launch his title defence at his home event, WTCR Race of Hungary.

Already widely acknowledged for the vociferous backing they extend to their national sporting superstar, Hungarian fans are expected to flock to the track in their thousands to cheer on their first FIA world title winner, while also supporting Attila Tassi, the highly-rated 20-year-old would-be successor to Michelisz’s throne.

As well as the WTCR, the 2020 FIA European Truck Racing Championship will also get underway during the Super Racing Festival event with another local hero, Nobert Kiss, in action.

“The Hungaroring weekend was already shaping up to be a great event but opening the new season there, at Norbi’s home track, will make it an experience to savour for many years to come,” said François Ribeiro.

Ningbo organisers accommodate revised WTCR date
The FIA Touring Car Commission has also approved a revised date for WTCR Race of China, which moves from 4-6 September to 18-20 September – following the agreement of the Ningbo International Speedpark operator – to allow for the shipment of cars and equipment from Europe to Asia for the closing leg of the season. The new date remains subject to FIA World Motor Sport Council ratification. Meanwhile, the FIA and Eurosport Events will liaise jointly with local authorities and the event promoter, Mitime, to assess the evolution of the coronavirus outbreak.