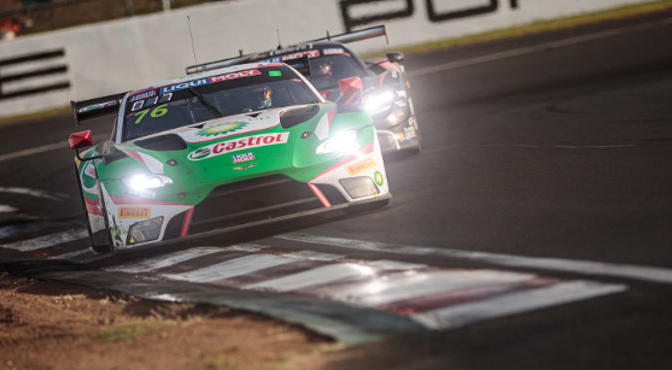 The 2020 Bathurst 12 Hour in Australia will go down in history as one of the toughest ever. R-Motorsport were faced with many setbacks in the race and were only 16th at the chequered flag.

The Swiss team had high hopes initially, as Jake Dennis and team-mates Scott Dixon and Rick Kelly had qualified in tenth place, putting them in a good position on the grid for the endurance race. However, the three drivers suffered the first upset when Rick Kelly, who had taken the first stint, gradually dropped down the field to 29th place. A problem with the car’s electronics was causing the engine to misfire, leading to big losses of position.

R-Motorsport’s trio of drivers did not allow this setback to dampen their spirits as they fought their way forwards again. “It was nip and tuck, but still, we were able to move up into twelfth place,” said Bathurst first-timer and IndyCar legend Scott Dixon. “It showed that we had good pace and a fast car.”

The next setback came four-and-a-half hours later when Jake Dennis had to head into the pits for an unscheduled stop in order to change the front splitter and front brake pads, which took 14 minutes, leaving the team six laps down. The ensuing chase to make up for lost ground ended in 16th place in view of their big lap deficit.

Events from the previous day had already reduced R-Motorsport’s chances of a top result. The team had planned to field two Aston Martin Vantage GT3s, but car #62 was forced to retire with major damage after an accident in qualifying involving Marvin Kirchhöfer. Fortunately, he was uninjured.

Dr Florian Kamelger, Team Principal R-Motorsport: “Of course, we would love to have achieved a much better result than 16th place for the hard-working guys in our team, especially as we at R Motorsport were well prepared and had a top-class crew of drivers. However, you have to take the rough with the smooth in motor racing, and we had to deal with quite a few setbacks. Rick immediately lost 14 places at the start due to an electronics problem causing the engine to cut out, and then later, Jake was forced into the pits to change a damaged front splitter and we took the opportunity to change the front brake pads at the same time. After that, our Aston Martin Vantage ran smoothly to the finish line. To round off a very hectic weekend, I would just like to thank everyone in the team, especially our Bathurst partners, Castrol/BP, and Rick and Scott as well, who brought their experience to the team in an exemplary manner. The Australian fans here at Bathurst were impressive, as always, and their enthusiasm was a delight to behold once again. We intend to return next year to compete on the mountain and will do everything in our power to put on a great show for the fans and achieve an excellent result.”