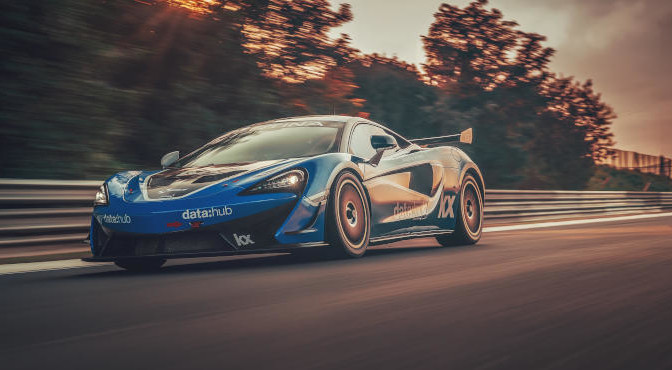 Munich-based sportscar squad Team GT has committed to entering two of its GT Sport McLaren in this year’s DTM Trophy, the new-for-2020 support series on the DTM calendar.

It will field two McLaren 570S chassis in the series, which kicks off at Zolder, Belgium, on April 24-26.

“We’re really pleased to welcome Team GT to the DTM Trophy,” said Frederic Elsner, Director Event of DTM promoter ITR. “The McLaren 570S is a spectacular and powerful racing car that will be extremely well received by motorsport fans. Also, [Team GT boss] Bernhard Laber’s squad is professional and experienced, and keen to promote young drivers as they move up through the sporting ranks. This approach fits perfectly with the overall philosophy of the DTM Trophy.”

“Entering the DTM Trophy is the right step for us,” added Laber. “ITR’s concept won us over right from the start: sprint races without driver changes, within the professional DTM environment, and with the right economic framework conditions. Coupled with ITR’s marketing competence, it all fits. The DTM Trophy offers attractive start- and track-times on the DTM support program – for a team that promotes young talent, that’s very important for us. We’ve yet to confirm who will drive our two McLarens, but we are confident we will field a pair of highly competitive drivers. We’ll have more news on that shortly.”

Registration for the 2020 DTM Trophy series is open.

The new series, which features near-series spec GT racing cars with rear-wheel drive, will run across six weekends on the DTM support program.

Registration deadline is 11 March 2020, with an enrolment fee of €23,000 plus VAT per participant – with tyres and fuel free of charge at all official events. This not only applies to all race weekends in the support program of the DTM in 2020, but also a potential ITR-organised pre-season test.

Drivers and teams with near-series-spec GT cars eligible for FIA categories E2-SH and E2-SC of all manufacturers are entitled to participate. Almost every brand represented in motorsport has a corresponding GT car with 400 to 500 hp in its portfolio – most notably Audi, BMW and Aston Martin, who are all represented within the DTM, but also brands such as McLaren, Mercedes-AMG, Porsche, Ford, Chevrolet, Lotus, Jaguar, Toyota and Nissan.

In its debut season, the DTM Trophy will be held across six DTM race weekends: Zolder (24-26 April), Lausitzring (15-17 May), Anderstorp (12-14 June), Norisring (10-12 July), Nürburgring (11-13 September) and Hockenheimring (2-4 October). At the beginning of January, the race calendar was adjusted by ITR to avoid a date overlap with SRO’s GT4 European Series. The DTM organiser responded to feedback from teams in order to provide planning and logistical assurance to all parties involved.