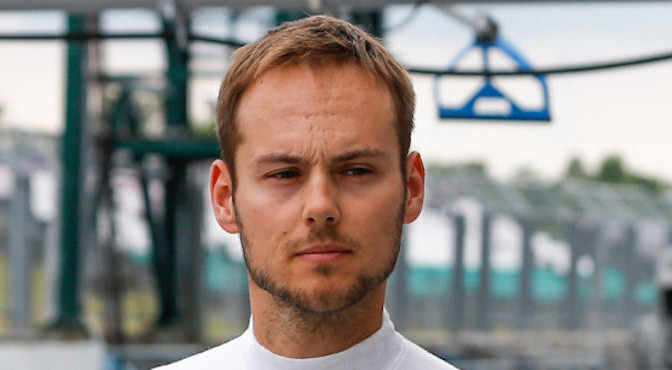 Tom Blomqvist will line up for R-Motorsport in both the GT World Challenge Europe Endurance Cup and Sprint Cup during the 2020 race season
As a motor racing all-rounder, Tom can call on his wide-ranging experience in the DTM, in GT racing and Formula E
Tom Blomqvist: “I’m really looking forward to starting work with the team and driving the Aston Martin Vantage GT3 for the first time”
Dr Florian Kamelger: “Tom combines youth and experience, making him a valuable addition to our team, and we look forward to a successful future together”

R-Motorsport will field newcomer Tom Blomqvist as the outfit embarks on the new 2020 season. The 26-year-old Briton will compete for the team from Niederwil in Switzerland in both the Endurance Cup and the Sprint Cup of the GT World Challenge Europe. Tom is the son of legendary Swedish rally ace, Stig Blomqvist, who notched up seven wins in his native Sweden and won the 1984 World Rally Championship.

“First of all, I would like to thank BMW for their support over the past five years and wish them all the best for the future,” said Tom Blomqvist. “I’m really looking forward to joining R-Motorsport, who are undoubtedly one of the best teams around in endurance racing. I’ve competed against them a few times and know just how competitive they are. The team is run in a very professional manner and is very ambitious for the future, which I find incredibly exciting as a driver. The 2020 season promises to be a great year and I am really looking forward to starting work with the team and driving the Aston Martin Vantage GT3 for the first time.”

Tom has many years of experience in racing. During his career, the motorsport all-rounder has raced in a variety of series, including the DTM, Formula E and GT. After first starting out in karting, Tom continued his career in single-seater racing in the 2010 season, contesting various Formula 3 championships and was runner-up in the FIA Formula 3 European Championship in 2014.

From 2015 to 2017, Tom competed for BMW in the DTM where he finished sixth overall in 2016. He subsequently returned to formula racing with MS&AD Andretti Formula E in 2017.

Since the 2015 season, Tom has gained valuable GT experience, driving the BMW M6 GT3 and the BMW M8 GTE, in which he contested the World Endurance Championship, the Blancpain GT series, the Intercontinental GT Challenge and IMSA. Winning the 24-Hours of Spa-Francorchamps race in 2018 is the highlight of his GT career to date.

“We are delighted to welcome Tom to R-Motorsport and can’t wait to see just what he can do for the team,” said R-Motorsport Team Principal Dr Florian Kamelger. “Tom is an experienced GT racing driver, who has been quick in every race series in which he has lined up. He combines youth and experience, making him a valuable addition to our team, and we look forward to a successful future together.”

The new season in the GT World Challenge Europe starts with the Endurance Cup at the Autodromo Nazionale Monza in Italy, April 17th to 19th, 2020. The new Sprint Cup season will kick off two weeks later at the famous Brands Hatch circuit.