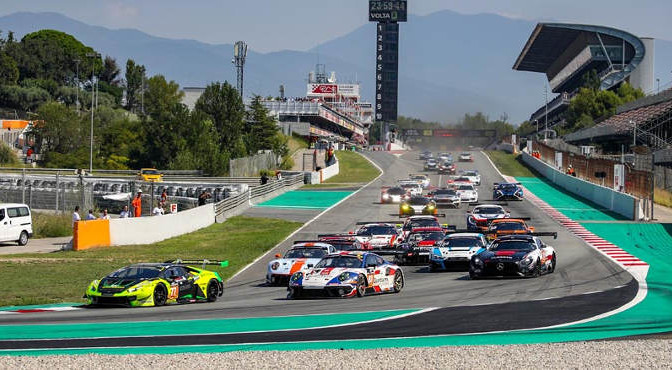 “Good things come to those who wait,” the saying goes. And that certainly can be said about the finalised calendar of the 24H SERIES powered by Hankook for the 2020 season. World class circuits and great destinations are the ingredients of the eight-round calendar, taking teams and drivers from the United Arab Emirates via Italy, Belgium, Portugal, France, and Spain to the United States of America. Following requests from teams, two popular venues are making their return on the 24H SERIES calendar: Circuit Paul Ricard in the south of France and the Autodromo Enzo e Dino Ferrari in Imola, Italy. All the other venues are state-of-the-art facilities as well. Once again, there are two separate series: the 24H SERIES Continents and the 24H SERIES Europe.

“As usual, we have listened carefully to feedback from our various teams and drivers and we have taken the requests into account for the final version of our calendar for 2020,” says Helen Roukens on behalf of CREVENTIC, the Dutch agency that is the promoter and organiser of the 24H SERIES powered by Hankook. “In a constructive process with the management teams of the various circuits, we have managed to come up with a calendar of eight events at circuits with a very high standard in terms of safety and facilities, and all of them at great destinations, too. After all, when you go somewhere to race, it is much more appealing to do so in an attractive environment and where the chances of nice weather are good! Teams and drivers have already reacted very positively, some even said that it is the best 24H SERIES calendar to date!”

Again, the 24H SERIES Continents include rounds in Asia, Europe and America. To be eligible for points, teams and drivers must participate in the events on all three continents. As usual, the series get underway with the Hankook 24H DUBAI (9-11 January) at Dubai Autodrome in the United Arab Emirates. Like this year, participants can choose one of the two 24-hour races in Europe as their European round, the Hankook 24H PORTIMAO (12-14 June) at the Autodromo Internacional do Algarve in Portugal, or the Hankook 24H BARCELONA (4-6 September) at the Circuit de Barcelona-Catalunya in Spain. The best result from either of these events is taken into account. The 24H SERIES Continents season is concluded with the fourth running of the Hankook 24H COTA USA (13-15 November).

That the 24H SERIES Europe season gets underway in Italy is nothing new, but the venue is: for the first time, CREVENTIC will be organising a race at one of the world’s best-known circuits, the Autodromo Nazionale Monza. The Hankook 12H MONZA (27-28 March) kicks off the European season. The next venue is another famous Grand Prix circuit, the Circuit Spa-Francorchamps in the Belgian Ardennes. This track will host a double-header event with the Hankook 12H SPA and the second running of the TCR SPA 500 (1-3 May).

European action continues with the Hankook 24H PORTIMAO (12-14 June), the first of two 24-hour races on the European continent and therefore also one of the two point-scoring European rounds for the 24H SERIES Continents. To popular demand, Circuit Paul Ricard in the south of France is making a comeback on the 24H SERIES calendar after a two-year absence. The Hankook 9H CIRCUIT PAUL RICARD (10 July) will see all the track action on one day, ideal to combine it with a break on the long weekend that includes the traditional French holiday. The event, a regular point-scoring round of the series, is the first nine-hour race in history of the 24H SERIES powered by Hankook, with the finish scheduled for 22.00 hrs.

After the summer break, the 24H SERIES roar back into action with the Hankook 24H BARCELONA (4-6 September). Another circuit making its comeback on the calendar is the Autodromo Enzo e Dino Ferrari in Imola. The Italian venue will be hosting the Hankook 12H IMOLA (9-10 October) as the final round of the 24H SERIES Europe season. Therefore, the end-of-season celebration with prize-giving ceremony will be held here as well.

Once again, there will be separate GT and TCE divisions for both series. In the 24H SERIES Europe, there will be one drop score for each division, meaning that the best five result from six rounds are taken into account for the GT division and the best four results from five rounds are considered for the TCE division. As to the combined weekend of the Hankook 12H SPA and the TCR SPA 500, teams and drivers from the TC and TCX classes in the TCE division are allowed to take part in the Hankook 12H SPA, but no TCE points are awarded in this event. The TCR and TCR light classes aren’t part of the field for the Hankook 12H SPA, these cars can only run in the TCR SPA 500 that weekend. The TCR SPA 500 is a single event where no points for any series are awarded. In addition to the TCR and TCR light classes, there will also be a touring car invitation class for this event as well.

Full-season registration is now open with very attractive conditions for the teams. If required, CREVENTIC can also provide tailor-made travel and logistics arrangements. Further information can be found at: www.24hseries.com