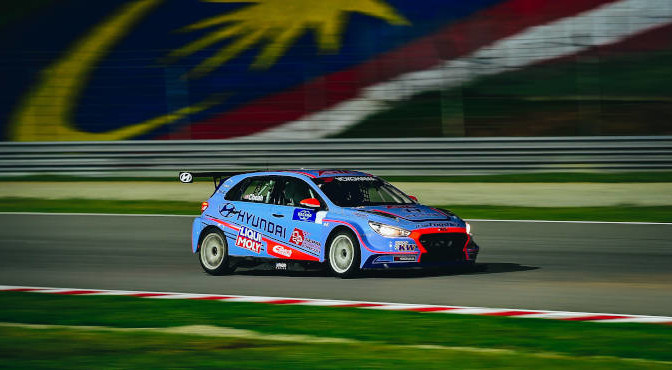 *Rising Malaysian star gets set for WTCR / OSCARO debut at Sepang super-finale *He partners home MotoGP racer Hafizh Syahrin at Hyundai Team Engstler *Cheah: “WTCR drivers are world-class and within one second of each other, it’s mad!”

One of Malaysia’s most promising young drivers, Mitchell Cheah, 21, will make his debut in the WTCR – FIA World Touring Car Cup presented by OSCARO as one of three local wildcards. Armed with a Hyundai Team Engstler i30 N TCR and experience from ADAC TCR Germany, Cheah plans to capitalise on his knowledge of the Sepang International Circuit in his push for a top-10 finish.

What do you believe you can achieve at WTCR Race Malaysia?
“To keep it realistic, I think with the extra 20 kilograms ballast for the wildcard drivers, it’s going to make it tough for me to fight against the world-class drivers but a top 10 finish for the weekend would be a good result for me and that’s what I aim for.”

How strong is your knowledge of the Sepang Circuit? How will it help you?
“I have been driving this track for more than five years and I am very confident driving around Sepang Circuit, but even then with the TCR car, or any other car that I jump in, I always find new ways to attack the corners and try to improve from there.”

You’re switching from a Volkswagen Golf to a Hyundai i30 N, how hard will that be?
“It will be tough for sure because I have not driven a Hyundai before but these cars are all in the same specs and I think the only difference will be the handling that I will have to get used to. We try that on Monday and Tuesday during the wildcard testing session. I try to adapt as fast as I can before heading into the race weekend.”

What do you think of the opposition in the WTCR / OSCARO?
“The opposition in WTCR is just a crazy line-up, it’s just madness. All world-class drivers are within one-second and a small mistake will put you out the window. I will have to be 200 per cent focused and try to be as quick as these guys and be as consistent as possible to challenge these guys.”

Have you given advice to MotoGP rider turned WTCR / OSCARO racer Hafizh Syahrin, your team-mate for the weekend, and how do you think he will perform?
“I mean for Hafizh it is his first time driving a TCR and to him the speed is nothing because the MotoGP bikes are going twice the speed, almost. The only difference is being able to brake late and gain all that time there. So far he’s been very impressive for the first time being in the car and I think he will do well for the Races of Malaysia.”