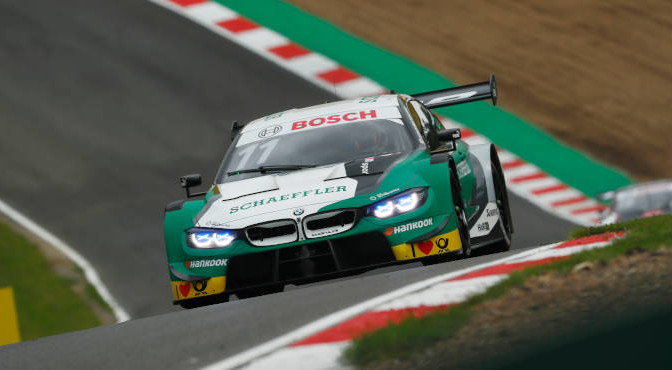 The DTM will use next week’s SUPER GT joint-race to launch its all-new digital OTT live-streaming platform.

Content from both SUPER GT x DTM races at the Fuji Speedway (on November 23 and 24) will be available free of charge, via DTM.com. The global stream will be available live and also on-demand, and will include coverage of each day’s qualifying session, all with English commentary.

In German-speaking countries, broadcaster SAT.1 – TV partner of DTM – will broadcast both races live, with shows beginning at 0625 CET on both days. Additionally, the Dream Race will be shown live on TV in Japan, Russia, North America, Malaysia, Indonesia and the Netherlands. OTT platform Motorsport.TV will also live-stream both races, which begin at 1430 local time (0630 CET).

The Dream Race weekend also marks the start of a public beta phase for DTM’s new OTT streaming platform. Users need to register on DTM.com ahead of the event, but can enjoy free DTM content during this initial trial period.

The DTM OTT channel also includes an additional four live onboard views, which are individually customisable, so as to be watched either full-screen or as part of a multi-screen set-up. Qualifying and race English commentary will come from long-time DTM commentator Dave Richardson, with Verena Wriedt, who helms the international DTM feed, hosting the shows.

“With our new OTT platform, we have begun to expand our digital provision for DTM fans worldwide,” said Achim Kostron, Managing Director of DTM organisation ITR. “Once we’ve established the beta phase for next weekend’s Dream Race, we’ll begin to roll out new features and gradually grow the service over the coming months.” In the future, additional options will be available exclusively for registered users. In addition to live-timing screens, and preliminary and follow-up race reports, a host of live and on-demand customisable options will be available for the 2020 season.

November’s Dream Race is the first event of its type to be held between DTM and SUPER GT. The culmination of a long-term programme involving umbrella organisations ITR and GTA, the two-race weekend meeting sees seven DTM cars – four from Audi, three from BMW – competing against 15 SUPER GT cars from Honda, Lexus and Nissan.