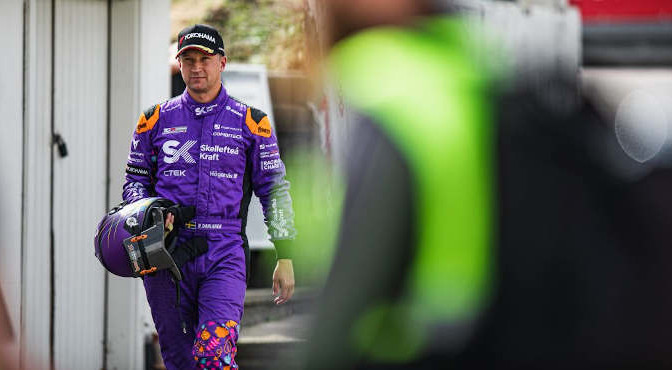 Swede completes PWR Racing attack at Macau following stellar season *TCR Scandinavia champion replaces Haglöf in adjusted line-up *Team Principal Axelsson: “Robert is world-level but has a job to do for the team”

Robert Dahlgren will make his WTCR – FIA World Touring Car Cup presented by OSCARO debut at WTCR Race of Macau next week as his reward for winning TCR Scandinavia this season.

Azcona is fifth in the points and top rookie in his first WTCR / OSCARO season for PWR Racing and will be able to count on Dahlgren’s experience and knowledge of the Circuito da Guia, which dates back to 2011 when the Swede topped the first qualifying session.

Emil Axelsson, the PWR Racing Team Principal, said: “Robert is in his third year with the team and his performances have been outstanding. Including him in our line-up for Macau is a way of saying thank you for what he has done for our team. Daniel has been competitive all season but he doesn’t know Macau, whereas Robert has the advantage of having been to Macau before, which should help the team to support Mikel in the championship.”

Axelsson continued: “WTCR is so tough and stepping in at any point in the season is challenging, especially Macau, which is really challenging. But Robert’s performances all season, when he’s always had the heaviest car, have been really excellent and we have no doubt he’s world-level material. However, while we know Robert loves a challenge and will respond to it very well, we are not putting any pressure on him. He’s there to do a job for the team and that’s it.”

Dahlgren, 39, was successful in Formula Ford and Formula 3 before switching to touring car racing. After making sporadic appearances in the FIA World Touring Car Championship from 2007, Dahlgren undertook a full programme in 2011 before making selected starts in 2016. He’s also raced in Australian V8 Supercars and won the Scandinavian Touring Car Championship in 2017.

“I’m both proud and grateful for the opportunity to represent PWR in WTCR,” said Dahlgren, who will use race number 2. “The whole team have been developing our CUPRA TCRs continuously over the season, both at home in TCR Scandinavia and internationally in WTCR. Therefore, I’m very eager to see how our car works and performs in this environment. Macau is one of the most exciting tracks in the world in my opinion and I’m looking forward to competing there again, helping the team produce the best possible result in this tight championship battle.”

WTCR Race of Macau, which also counts as the Suncity Group Guia Race, forms the penultimate event of the 2019 WTCR / OSCARO season and takes place from 14-17 November.