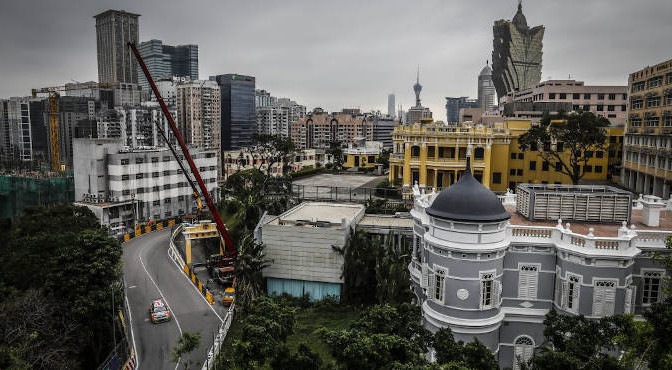 Rob Huff will be ‘terrified’ when he bids for a record-extending 10th victory on the streets of Macau next week.

Huff has won the Macau Grand Prix’s legendary Guia Race nine times, an achievement that has crowned him the unofficial King of Macau, as no driver or rider has won in the event’s other categories on more occasions.

From 14-17 November, the Briton will join his WTCR – FIA World Touring Car Cup presented by OSCARO rivals in trying to tame the fearsome 6.120-kilometre Circuito da Guia – and write yet more history in the Special Administrative Region of the People’s Republic of China.

Huff notched up his maiden Guia Race win 2008, three years after he first took part in arguably international touring car racing’s toughest street event. He famously scored a win double in 2011 and secured the FIA World Touring Car Championship there in 2012, while his most recent victory came in 2017 for ALL-INKL.COM Münnich Motorsport.

“I don’t think I can explain it because you can’t teach someone to do what I do in Macau,” says the 39-year-old in response. “It comes down to a little bit of whether you’ve got it or haven’t got it and that comes down to being a racing driver. Everyone in WTCR has got it, no doubt, but when you start using the wing mirrors on the walls and you come out of every corner thinking ‘how on earth did I survive that corner’, you’re almost there, not quite, but you’re almost at the point. But then you have to go to another step. You hold your breath for two minutes, 30 seconds every lap.”

Huff admits there’s an expectation on his shoulders to deliver a 10th victory and move further ahead of bike racer Michael Rutter, who has won the Macau Motorcycle Grand Prix eight times.

“I’m really excited about the Macau weekend, always, but the outside pressure gets more and more after I was given the King of Macau title,” Huff accepts. “I’ve had nine wins and people expect you to blitz everyone again. But every year it gets harder and harder. You have to rethink where I can find that extra bit of time [that] I seem to have had all my life in Macau. The WTCR is a professional championship and the level is extremely high, but it’s a record I want to extend.”

Huff twice qualified on the DHL Pole Position at WTCR Race of Macau in 2018 but was unable to convert his single-lap pace into a win, which he put down, in part, to the greater straight-line speed of his rivals’ cars.

“We didn’t have the starts we wanted in the races,” remembers Huff. “The pace was there and I had a great battle with Esteban [Guerrieri in Race 3]. The Audis could easily overtake on the straights though. That’s not ideal but you have to make the most of it. But I love street circuits, Macau is the street circuit and it seems to have been my baby for more than 10 years and I hope that continues.”

The Circuito da Guia in 100 words
Macau’s 6.120-kilometre Circuito da Guia blends twisty turns and narrow blasts with long, wide-open straights and sweeping corners – plus gradient changes – to create one of the most challenging and spectacular street circuits on the planet. Touring car racing has been held in this Special Administrative Region of the People’s Republic of China for more than half a century, with the famous Guia Race first run in 1972. Having welcomed back the WTCC in 2017 when Rob Huff bagged a record ninth win, Macau hosted the thrilling seven-way inaugural WTCR season showdown in November 2018 when Gabriele Tarquini took the title.