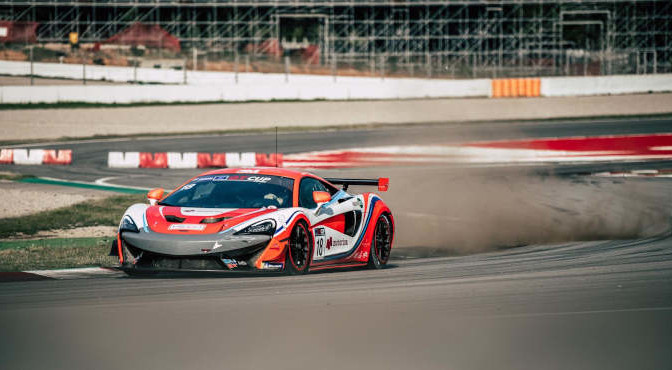 The Spaniard will contest the Pan-European GT Cup Open Championship season finale at the wheel of the Teo Martin Motorsport-run McLaren 570S. Salom and the Spanish team set their sights on the podium as the “Temple of Speed” fits perfectly McLaren-built cars’ strong points

Faust Salom is ready to take on another challenge of the 2019 GT Cup Open season, whose final round will take place at famous Autodromo Nazionale di Monza nearby Milan. The Spaniard driver will completed two further races behind the wheel of the Teo Martín Motorsport-entered McLaren 570S with everybody at the team expecting a strong run as the Italian venue particularly fits the Woking-built cars.

Just like at previous weekends, Salom has painstakingly prepared the Monza round. The young Spanish GT ace has spent plenty of time on the simulator as it will be his first outing on the Italian track. Salom already proved at Spa-Francorchamps, Silverstone, Hungaroring or Paul Ricard that its inexperience won’t be a problem at all. That is why he carried out simulator testing at Teo Martín Motorsport’s Motor&Sport Institute to discover famous bends such Parabolica, Lesmo or Ascari. Besides, Salom already pushed his limits to make further physical and mental improvements for this round, which is a huge high-speed challenge. Salom has already showed a class and a maturity beyond his age on the European GT scene this season with a season-high podium finish in Barcelona two weeks ago.

“The final round of the GT Cup Open season is here. I feel a bit sad because this amazing season comes to an end but at the same time I’m happy with my performance on a personal note. I have grown a lot as a racing driver but also as a person. Anyway, our goal is to take the curtain down on a high note this weekend proving how strong we are. I’m sure we will succeed to do it because Teo Martín Motorsport and I have put huge effort on it, spending many hours on the simulator and also mentally and physically”, explains Salom. Besides, the Mahon-born driver adds that “no doubts we will able to complete a strong weekend and achieve another milestone in Italy, with another podium as a potential goal. Anyway, this season already left us unforgettable memories. Once again, I would like to thank my family, friends, sponsors and Teo Martín Motorsport their help, because all this would have been just a dream without any of them.”