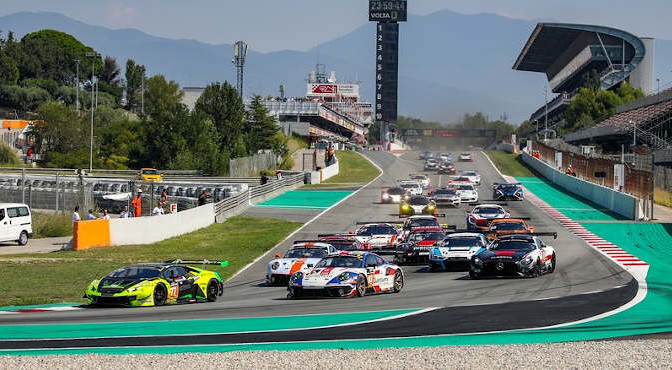 Four current Formula 1-circuits, one former Grand Prix circuit, an exciting new addition with a lot of prestige and another highly popular venue: these are the ingredients of the spectacular calendar of the 24H SERIES powered by Hankook for 2020. While the series keeps its successful events at Dubai Autodrome, Circuit de Spa-Francorchamps, Circuit de Barcelona-Catalunya and the Circuit of The Americas in Austin, Texas, rounds at two world-famous tracks have been added: Italy’s Autodromo Nazionale Monza and the legendary Nürburgring in Germany will both be hosting their inaugural 24H SERIES rounds next year. The final new addition is the Anneau du Rhin in the French Alsace region, the former test circuit of the famous Bugatti brand. Again, there will be two separate championships, both powered by Hankook: the 24H SERIES Europe and the 24H SERIES Continents.

“We are always listening carefully to the feedback we are getting from drivers and teams. It is our aim to provide them with the best possible experience,” says Ole Dörlemann on behalf of CREVENTIC, the Dutch agency that is the promoter and organiser of the 24H SERIES powered by Hankook. “One of the things they have made clear to us is that they wanted to reduce the number of 24-hour races to underline the special status of these events. Therefore, we are holding on to our traditional 24-hour races at Dubai, Barcelona and COTA and have opted for a duration of twelve hours for the other rounds.”

The rounds at Dubai Autodrome, the Circuit de Barcelona-Catalunya and the Circuit of The Americas are also the three point-scoring events for the 24H SERIES Continents powered by Hankook. Traditionally, the season gets underway in the United Arab Emirates on the second weekend of January (9-11 January) with the 15th running of the Hankook 24H DUBAI. The event at the Dubai Autodrome is the Asian round of the series. After the summer break, the European event is held at the Circuit de Barcelona-Catalunya, the Hankook 24H BARCELONA (4-6 September) while the season is concluded with the Hankook 24H COTA USA (13-15 November) at the Circuit of The Americas in Austin, Texas.

The Autodromo Nazionale Monza needs no further introduction. Beautifully located in Monza’s Royal Park and with excellent connections to the nearby city of Milan, the high-speed circuit includes famous sections such as Parabolica and Lesmo. On 27-28 March, CREVENTIC is organising the inaugural Hankook 12H MONZA at this famous venue, the opening round of the 2020 24H SERIES Europe powered by Hankook. Next up is a round in the Belgian Ardennes, the Hankook 12H SPA (1-2 May). The second running of the TCR SPA 500, the annual stand-alone endurance race for TCR touring cars, will be held on the same weekend, making for a unique event.

The next new circuit on the calendar is the 3.6 km long Anneau du Rhin between the cities of Colmar and Mulhouse in the French Alsace region, close to Germany and Switzerland. Here, the inaugural Hankook 12H ALSACE will be held from 11-13 June. The 24H SERIES powered by Hankook will be the first international series to stage an event at this circuit after its full FIA homologation. The race will be combined with an annual high-profile automotive lifestyle event that has a history going back until 1964.

In 2020, CREVENTIC will also be organising a race in Germany for the first time and what venue could be better suited than the legendary and world-famous Nürburgring? The Grand Prix circuit will be hosting the inaugural Hankook 12H NÜRBURGRING on 11-12 July, with the race held on the Sunday following round 5 of the popular German VLN endurance racing championship, enabling teams to combine both races. The Hankook 24H BARCELONA (4-6 September) concludes the season of the 24H SERIES Europe powered by Hankook.

Here the calendars at a glance: