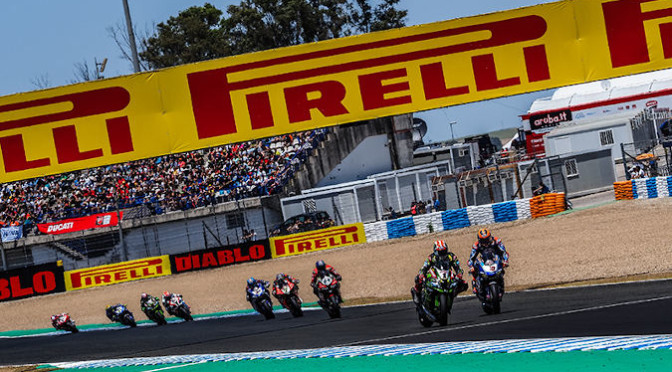 Pirelli and Dorna WSBK Organization are pleased to announce that the championship partner will once again be Event Main Sponsor for the 11th round of the 2019 MOTUL FIM Superbike World Championship in France. Following the successful collaboration during the Pirelli Thai Round and the Pirelli Italian Round this year, the Italian tyre manufacturer has decided to put their name to another key event for 2019.

The Pirelli French Round will take place at the iconic Circuit de Nevers – Magny-Cours from 27th-29th September 2019, and it will represent the last chance for WorldSBK fans to enjoy the outstanding races of the series in Europe. After Magny-Cours, the championship will head overseas to Argentina and then Qatar for the floodlit season finale.

Apart from being the last round held on European soil, the Pirelli French Round will see Jonathan Rea (Kawasaki Racing Team WorldSBK) having his first chance to wrap up his fifth back-to-back title and writing WorldSBK history all over again in France. The Northern Irishman was crowned 2018 World Champion at Magny-Cours, and he looks forward to repeating the same this year in front of the fantastic French crowd. But it won’t be easy for Rea, as Bautista (ARUBA.IT Racing – Ducati) and the other WorldSBK stars are all keen to shine bright at the French venue. WorldSSP and WorldSSP300 will complete the action-packed weekend, and the WorldSBK feeder class will probably see a new World Champion being crowned in France.

The Pirelli French Round promises to be an event not to be missed, and with the precious support of Pirelli, entertainment off-track will be guaranteed all weekend for the fans. Since 2004, Pirelli has been the sole tyre supplier to WorldSBK. For 16 consecutive seasons, the Italian tyre manufacturer has provided the championship with world-class equipment, and their collaboration has been impressive throughout the years. By extending their support to the widely anticipated Pirelli French Round, Pirelli will benefit even more exposure to their brand in the motorcycle world.