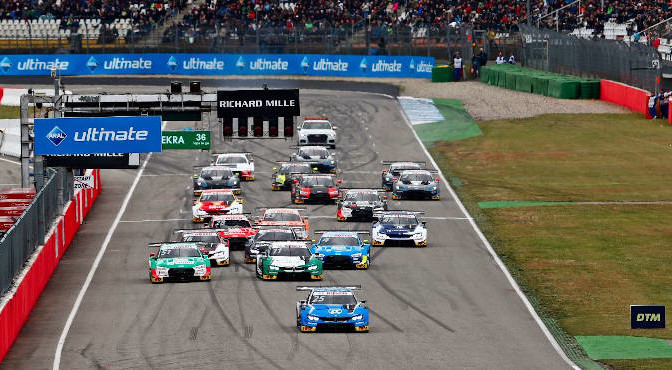 The 2019 DTM season finale (4-6 October) at the Hockenheimring Baden-Württemberg will mark the first, much-anticipated summit between the world’s two biggest GT and Touring Car championships.

For the very first time, cars from Asia’s hugely popular SUPER GT series will compete alongside DTM’s manufacturers in a historic, unifying event at Hockenheim.

In a further boost for the event, DTM organisation ITR has created a unique opportunity to provide free entry to the weekend for German fans of exotic Japanese car culture.

For this promotion, ITR has collaborated with the organisers of ‘Reisbrennen’– a major international meeting for Japanese car owners, tuners and race fans. Over 2,000 members of the ‘Reisbrennen’ community have already confirmed their attendance at Hockenheim, where they will gain free admission to the north grandstand B (while stocks last – register via DTM.com)

As an additional extra, 100 owners of particularly stylish, highly tuned Japanese cars will exhibit their vehicles on high-profile VIP parking spaces behind the south grandstand. This area will feature a special ‘Japanese village’, complete with Japanese speciality food stalls and sales areas for Japanese tuning- and car-components.

To prepare for the joint-event, the three Japanese SUPER GT squads will be permitted two one-hour test sessions at Hockenheim on Thursday afternoon (October 3). As a major incentive, Hockenheim organisers are offering ALL fans free admission on this German public holiday to the south grandstand G.

In addition to the three cars from Honda, Nissan and Lexus, no fewer than five SUPER GT drivers are set to contest the Hockenheim race weekend.

Jenson Button (GBR) will drive his Honda NSX-GT at Hockenheim. In his 17-year Formula 1 career, he scored 15 Grand Prix wins and 50 podium finishes. He joined the SUPER GT series in 2018, racing for the Kunimitsu team, winning the title alongside team-mate Naoki Yamamoto (JPN) in his debut season.

Nissan and Lexus are each bringing two drivers to Hockenheim, with the intention that they will contest one race each.

The Hockenheimring has hosted 93 DTM races to date (more than any other DTM venue) and is a worthy backdrop for the clash of Japanese and European motorsport cultures. And the circuit has links to Japanese touring cars: 30 years ago, fans got to see the DTM debut of the legendary Toyota Supra 3.0i at the same venue.

Now, for the first time, spectators will be able to watch works cars from six manufacturers in a DTM race before the inaugural ‘SUPER GT x DTM Dream Race’ takes place at Fuji International Speedway in Japan on 23/24 November.

SAT.1 and J-Sports to broadcast live

As usual, German TV station SAT.1 will be broadcasting live from the DTM on 5 and 6 October from 13.00 hrs. In Japan, with interest for the first joint-encounter already surging, pay TV channel J-Sports will broadcast both races live in Japan. To watch Jenson Button and his SUPER GT colleagues from up-close, the three guest cars of Honda, Nissan and Lexus will be equipped with live onboard cameras at Hockenheim.

Regular tickets for the DTM season finale at the Hockenheimring can be ordered from the official website DTM.com/tickets.