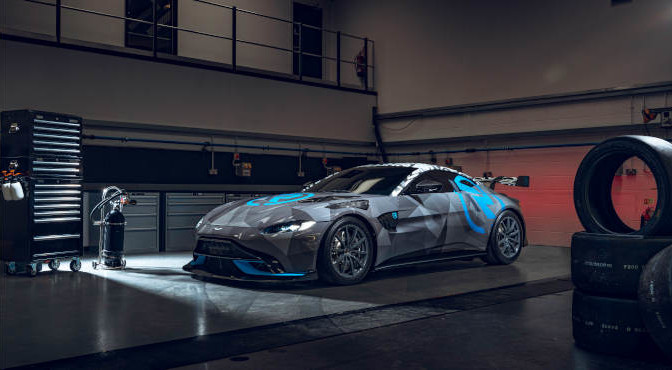 In a press conference today at the Nürburgring, AF Racing AG announced a new key component of their international motor racing programme which has been strengthened even further. While planning to continue in the DTM and Blancpain GT3 race series’s, the Swiss company also announced that they will establish the new Aston Martin Vantage Cup by R-Motorsport series. Further plans with details for the motorsport future will be announced at a later stage.

The Vantage Cup by R-Motorsport car is based on the Aston Martin Vantage V8. The cup race car is a high performance race version of the road-going Vantage with its 4-litre, twin-turbo V8. The price of the race-ready car in its basic version is around 250,000 euros plus respective local taxes.

Four Cup racing series are planned worldwide over the next four years with the first races scheduled to take place soon in 2020, first in Europe and later in Asia in 2021. A maximum of 25 grid slots will be made available in each series. The Cup cars, including spare parts, will be sold to participants or the racers can subscribe to the services with a sophisticated financing model being part of it. R-Motorsport will provide logistics, technical support and hospitality at the tracks. In conjunction with its partners, R-Motorsport are also currently developing an innovative solution for storage and transport of vehicles and spare parts, which will be presented in more details at a later stage.

“The launch of the Aston Martin Vantage Cup by R-Motorsport is certain to be a highlight next season”, commented Dr. Florian Kamelger. “The vehicle being developed and produced by Team AF Racing will be a racing car that can hold its own at the highest level and will delight both our customers competing in the races as well as the fans at the racetracks.”

Dr. Andy Palmer, Aston Martin Lagonda President & Group CEO: “We are delighted that our brand will continue to be so well represented in international racing by R-Motorsport. The Aston Martin Vantage Cup by R-Motorsport offers interested customers the ideal opportunity with which to further their motor racing ambitions.”