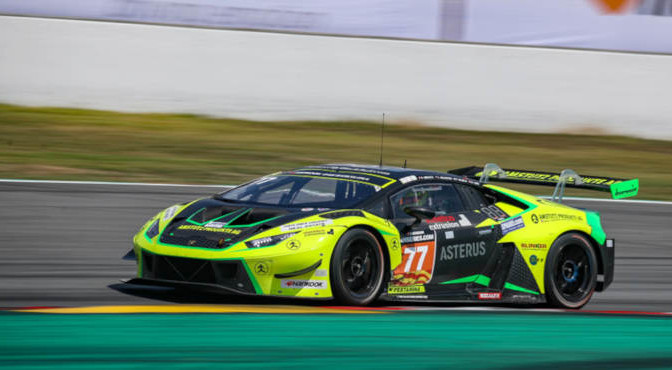 The British squad, which almost missed qualifying altogether, also becomes the sixth different outright pole sitter in as many races in this year’s 24H SERIES, eve in spite of a flurry of hot laps in the closing moments of the session.

“That was a real nail-biter!” explained team manager Mark Lemmer to radiolemans.com’s Andrew Marriott. “We were in a bit of trouble this morning. We had some major fuel system issues, which is often the case when you move around different championships. We also had to schedule in a gearbox and a clutch change, so the guys at Barwell Motorsport have done an incredible job!”

Although among the initial contenders for pole position, the Bohemia Energy racing with Scuderia Praha Ferrari 488 GT3 (#11, Jiří Písařík / Josef Kral / Matteo Malucelli) will start 5th overall as the third fastest A6-Pro qualifier. The 24H SERIES Europe standings leader is gunning for both its fifth win of the 2019 season and its first overall 24H SERIES championship.