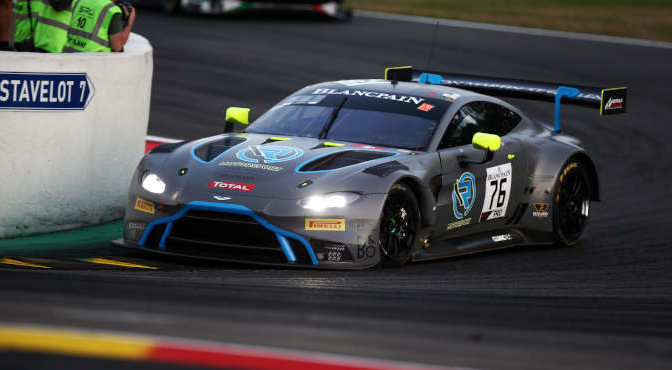 In solid position on grid for 24 Hours of Spa. Jake Dennis qualified 13th in the Aston Martin Vantage GT3 #76 and Maxime Martin 14th in the sister car bearing #62 during the endurance classic Super Pole session. Both drivers had earlier qualified for the final shootout to secure the best positions on the grid.

The crew of the team’s third Aston Martin Vantage GT3 will start the race from 29th on the grid. The four drivers – Ricky Collard, Hugo de Sadeleer, Ferdinand von Habsburg and Aaro Vainio – booked second place in the Silver Cup for junior drivers.

The lights will go green for the Total 24 Hours of Spa on Saturday, July 27th at 4:30 pm precisely. The entire race will be streamed live on the official website at www.total24hours.com.

Dr Florian Kamelger, Team Principal: “Grid slots 13 and 14 were the maximum possible for Jake and Maxime today. However, I would like to point out that they were both within fifteen hundredths of a second of one another and just a little more than two tenths off a place in the Top Ten. As a result, we’ve achieved decent positions on the grid in the race with our two Aston Martin Vantages in the Pro category. We were also very pleased with the performance of our crew in the #762 Aston Martin which notched up the second-best result in the Silver Cup class with grid position 29.”