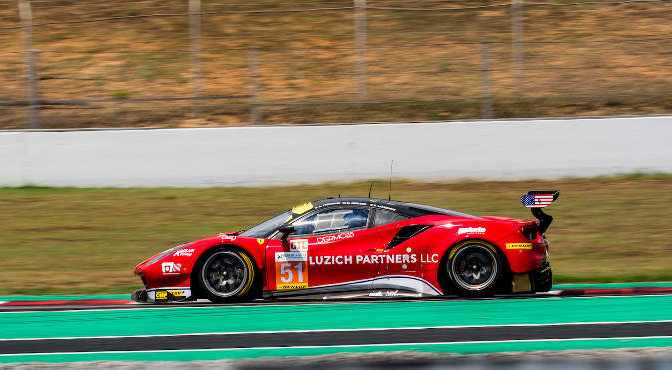 Luzich Racing carved its way to a first place finish at Barcellona, the third round in the European Le Mans Series (ELMS) 2019. Another brilliantly execu-ted endurance race has moved Luzich Racing Ferrari 488 GTE No. 51 into first spot in the LMGTE standing of the championship.

The same goes for the drivers Alessandro Pier Guidi, Nicklas Nielsen and Fa-bien Lavergne who are first in the drivers championship.

Summarizing the results so far, the team has gained two victories in the ELMS (Paul Ricard and Barcelona) and one third spot (Monza).

In addition, Luzich Racing took third place in the Michelin Le Mans Cup at Barcelona with Mikkel Mac and Fabien Lavergne at the wheel of the Ferrari 488 GT3 No. 71. Team and drivers keep the leading positions in the cham-pionship.