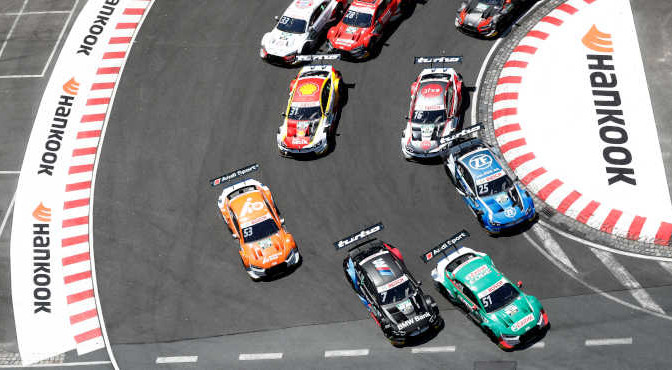 Like Misano, Assen is a regular home to motorcycle racing: the 4.542km track has hosted the World Motorcycle Championships every year since 1949. DTM’s drivers can expect a flat, fast track with high kerbs and a series of fast, flowing corners.

More than 200 kph in four corners

Assen is subtitled the ‘Cathedral of Speed’ – and for good reason: team pre-race simulations estimate this year’s 600 hp DTM cars will reach speeds of more than 200 kph in four corners.

Audi Team Rosberg driver René Rast (GER) heads to the Netherlands as one of the pre-race favorites. The 2017 champion continued to build his lead in the overall standings to 25 points over Nico Müller (SUI) following his victory and seventh place at the Norisring.

Best-placed BMW driver is Philipp Eng (AUT), who is third overall with 101 points. Daniel Juncadella (ESP) underlined the progress being made at R-Motorsport/Aston Martin with two top 10 results at the Norisring.

In its penultimate 2019 race weekend, the W Series will run not one but two races at Assen. The regular race on Saturday afternoon will run as normal, but an additional event has been added to Sunday morning’s schedule, running in an experimental reverse-grid formation, but with no championship points on offer.

In addition, the Porsche Carrera Cup Benelux, Lotus Cup Europe, and spectacular (and wonderfully loud!) Formula 1 and GP2 vehicles of the BOSS GP ensure plenty of racing action throughout the entire weekend.

Speaking of loud: DTM’s Assen debut will be appropriately accompanied by Fedde Le Grand. The Dutch House DJ and producer from Utrecht has enjoyed a successful DJ career for more than 18 years, most notably with hit single ‘Put Your Hands Up for Detroit’, which was a number-one single in the UK in 2006. He has also remixed hits by superstar acts like Madonna, Coldplay, Michael Jackson and Fatboy Slim. For the concert (starting at 5:45 pm), all holders of a grandstand ticket valid on Saturday have free entry.

Advance ticket bookings for all 2019 race weekends can be made quickly and easily via the official website DTM.com/tickets.

DTM fans around the world can watch races live on TV or streamed live via DTM.com.

» Quotes – Assen
“I’ve prepared for Assen by driving it in the simulator. I drove there last in 2011 and think it’s a really cool track. Driving there in a 2019 DTM car is going to be a big commitment. The track is sweeping and extremely fast: it’s got everything that a racing driver could want from a racetrack. In particular, Ramshoek is extremely cool: racing drivers always love fast corners, so I think this place will make for an absolutely spectacular race.”
Philipp Eng (BMW Team RMR)
“I feel I have being doing massive steps forward during this season. Together with the team we are building a strong relationship and developing a car that was prematurely born. I am very happy so far and motivated to keep pushing to reach our goals. I have never raced in Assen but I already like the track a lot. I have been driving it in my simulator and all I can say is it will be a lot of fun for us, the drivers. It has a good combination of fast corners, which is always enjoyable.”
Daniel Juncadella (R-Motorsport/Aston Martin)
“We prepare for every race using the Audi simulator – but, for me, I always have a different approach to the sim work when I’m preparing for a track I’ve never raced at before. At somewhere like Hockenheim, you can get straight into the set-up work, but my main focus ahead of Assen has been to find a rhythm. It’s a very demanding track, and it’s not easy to find that rhythm. Still, that’s the case for everybody, so I’m feeling relaxed about it.”
Mike Rockenfeller (Audi Sport Team Phoenix)