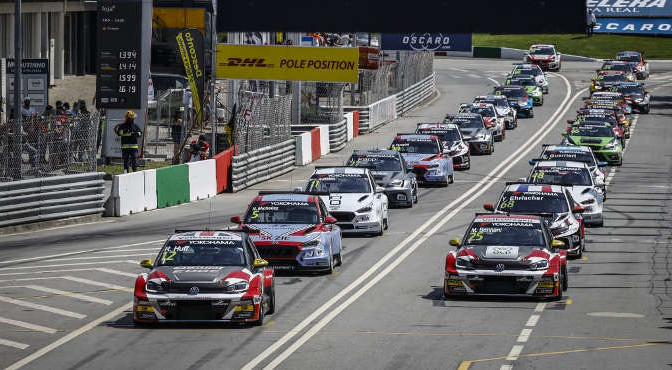 TVI will broadcast live coverage of WTCR Race of Portugal this week as the WTCR – FIA World Touring Car Cup presented by OSCARO heads to the streets of Vila Real for some classic round-the-houses action.

The most watched television channel in Portugal with an audience of 4,136,354 (Source: GFK), TVI will broadcast live coverage of all three races from Circuito Internacional de Vila Real on Saturday 6 and Sunday 7 July, with delayed coverage of qualifying.

“It’s important to offer this event because the Portuguese are passionate about competition and Vila Real is the Portuguese capital of motorsport,” said Pedro Pinto, Journalist, News Anchor and TVI Deputy Director of Information.

François Ribeiro, Head of Eurosport Events, the WTCR promoter, said: “WTCR Race of Portugal on Vila Real’s iconic street circuit is always a great occasion, with a great atmosphere from the passionate Portuguese fans. This will only increase with Tiago Monteiro having returned to racing. It will also be the third time the ground-breaking ‘joker’ lap will be used in an FIA world-level race event. This will add another exciting spectacle for viewers watching live on TVI.”

This year’s WTCR Race of Portugal will be significant in more ways than one. Not only will the event mark the 50th race meeting to take place in the northern Portuguese town, it will also be the setting of Honda-powered KCMG driver Tiago Monteiro’s return to competition on home soil after he was forced to miss last year’s event while he recovered from the serious head and neck injuries he sustained in a testing crash in September 2017.

“It’s obviously very exciting to be back,” Portugal’s Monteiro said. “Last year I was there as a tourist supporting the team and it was a little bit frustrating. To drive in Vila Real in front of my home crowd in my home race is something very special. It’s very difficult to explain the sensation and feeling you get with all this support but it’s incredible. Plus, we have this fantastic track, it’s very demanding and all these things combine to make it a very special event.”

Nine drivers have claimed victories in WTCR / OSCARO in 2019 with seven world title winners on the #WTCR2019SUPERGRID, a hashtag used to underline this season’s high-quality driver line-up, which also includes a number of national and international champions.