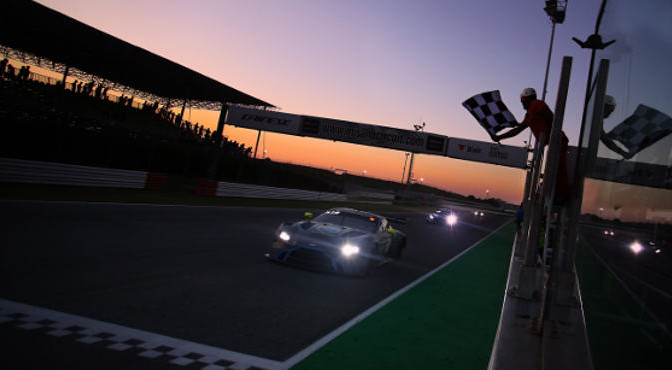 Ricky Collard and Marvin Kirchhöfer have posted the best result yet for R-Motorsport in the Blancpain GT World Challenge Europe. The duo produced a fourth-place finish at Misano in Italy, scoring points for the third time this season. Hugo de Sadeleer and Aaro Vainio made it a successful weekend all round for the team with a podium finish in the Silver Cup.

“Fourth place is a great result for the whole crew,” said Collard. “We showed that we have what it takes to be up there at the front.” The Brit laid the cornerstone in qualifying by booking second place on the grid. An error-free performance in the race and a perfect pit stop by the crew then paved the way for fourth place in the first of the two races. In Sunday’s race, Collard and Kirchhöfer came home in 13th.

The two other members of the R-Motorsport squad, Hugo de Sadeleer and Aaro Vainio, were also on great form. The junior pairing, who share the cockpit of the number 62 Aston Martin Vantage GT3, displayed strong pace in all sessions. In Sunday’s race especially, the Swiss and the Finn showed their potential. The two battled their way through to seventh place in the general classification, which was also good enough for second position in the Silver Cup.

The celebrations on the podium reflected their delight. “We are overjoyed,” said Hugo de Sadeleer “The team did a great job. We’ve already been on the podium once at Brands Hatch. But this time, we drove even better and even managed to leave some veterans of the series behind us.”

The next opportunity to score points and lift trophies comes on the weekend of 12th – 14th July when the Blancpain GT World Challenge Europe will be contested at Zandvoort. This historic circuit in the northwest of the Netherlands will host races five and six of the campaign.

Dr Florian Kamelger, Team Principal: “We can take satisfaction from the progress we have continued to make in the Blancpain GT World Challenge Europe. Our four drivers displayed strong pace and made further steps in the right direction after the first weekend at Brands Hatch. Ricky and Marvin’s fourth-place finish in the Saturday race showed that it’s just a matter of time before we get our first podium finish in this series. In Aaro and Hugo, we have two other talented members of the squad who are also good prospects for strong results – as the two of them have just proved with their performance at Misano.”