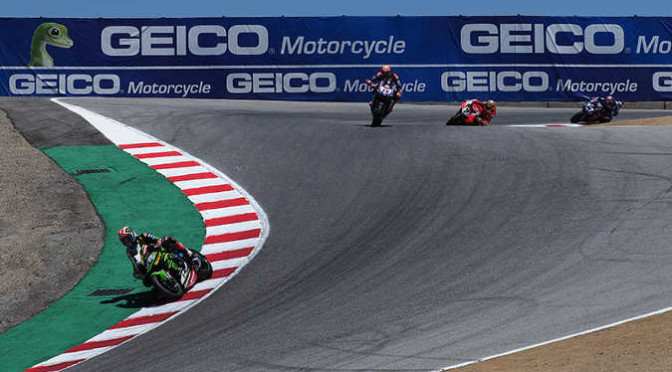 GEICO Motorcycle and Dorna WSBK Organization are pleased to announce that the partnership with the American insurer continues as the company has been named Event Main Sponsor of the WorldSBK U.S. Round, that will take place from 12th-14th July at the unique WeatherTech Raceway Laguna Seca.

Based in Chevy Chase, Maryland, GEICO was founded in 1936, and since then it has become one of the largest insurance companies in the United States. GEICO Motorcycle is highly involved in the motorcycle area, and their passion and commitment well mirror what WorldSBK is. The Insurance company has been naming the U.S. Round for six consecutive years, and it is a valuable partner for the championship stateside. Thanks to their support, the Geico U.S. Round promises to be another exciting event.

Heading into the ninth round of the MOTUL FIM Superbike World Championship, Laguna Seca will once again host an incredible racing weekend, the last one before the series will begin their Summer break, and this time all eyes will be focused on WorldSBK as it will be the only class racing around the demanding American layout. Home of the famous “corkscrew corner,” the Geico U.S. Round will deliver another weekend full of drama and pure adrenaline to all the U.S. fans.