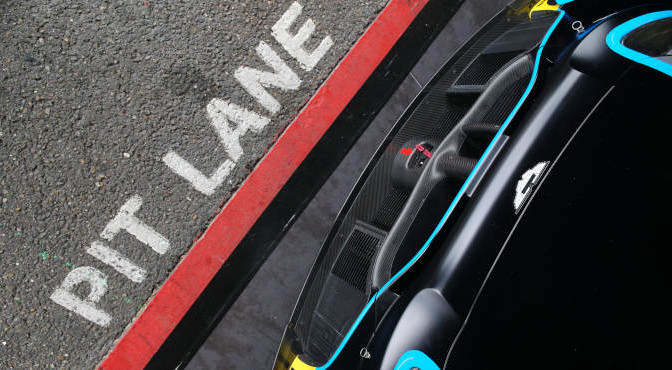 17 years after Circuit Zolder last hosted the DTM, the series is about to make a return to the track where the inaugural race weekend was staged in 1984
Simulations suggest lap times of around 1:21.000 minutes and a top speed of approximately 250 km/h (without DRS)
Florian Kamelger: “Our technical team and our drivers showed in the season opener that they perform well, even under difficult circumstances and extreme time pressure”

Aston Martin Vantage DTM to make its Zolder debut, Copy: R-Motorsport
After making their DTM debut at Hockenheim, R-Motorsport are back in action just two weeks later at Zolder. For the drivers and teams of all three manufacturers, the venue constitutes uncharted territory, because the DTM was last hosted by the circuit in Belgium a full 17 years ago. The preparations being made by the team in advance of their second DTM race weekend have consequently been extensive.

R-Motorsport were unable to consult data from past races at the circuit. The track characteristics are completely different from any other venue that has featured on the DTM racing calendar in recent years. The team and its driver quartet of Jake Dennis, Paul Di Resta, Ferdinand von Habsburg and Daniel Juncadella have therefore had to prepare for the new track in other ways.

So how does a team prepare for a new race venue?

They use the same tools as for any race, including simulations, onboard videos from other racing series and feedback from their own drivers and engineers who already have experience of Zolder through having competed there in other circumstances. In fact, preparations in this case are not much different from those made for tracks that the team already knows from previous years. The only difference is that less data is available to the engineers for them to base their work on.

At this early stage of their rookie season in the touring car series, R-Motorsport still have relatively little experience of or information about the new Aston Martin Vantage DTM car, which made its track debut only two months before its first competitive outing at Hockenheim.

The question therefore arises as to whether it is more of an advantage or a disadvantage to be fielding a still unknown car on a new track so early in the season. As a rule, it is slightly easier for all teams if a new track comes later in the season, by which time the drivers and engineers should have the setup under control and know what works or doesn’t work when setting up the car for a race. That way, there are fewer variables than if they have the added complication of an unfamiliar racetrack. Nevertheless, all of the manufacturers are facing the same situation, meaning that they are all starting from scratch.

What are the key areas and characteristics of the track?

One of the biggest challenges at Circuit Zolder is overtaking. In this regard, it is among the toughest tracks in Europe, which makes it all the more important to get a good qualifying result, to execute quick pit stops and to opt for a shrewd strategy.

At the same time, it is a track that takes a lot out of the cars. It is especially hard on the brakes, which are difficult to cool in the absence of long straights, and on the suspension, as the cars have to repeatedly hit or mount the high kerbs. The track surface is showing its age, and the abrasive tarmac causes rapid tyre degradation. So the drivers have to make sure that they do not run their cars into the ground.

Regarding the set up work, the focus is on the slow and medium-fast corners and less on the balance for the straights. The simulations predict lap times of around 1:21.000 minutes and top speeds (without DRS) of around 250 km/h. There are three sections amounting to 400 metres on which drivers go full throttle: the home straight, the long back straight after Turn 4 and the Villeneuve chicane in Turn 10.

What is the history of the DTM at Zolder?

This coming weekend, the DTM will return to its ‘birthplace’: the very first race in the history of the DTM was staged at Circuit Zolder in Belgium on 11th March 1984. At that time, the series was known as the Deutsche Produktionswagen-Meisterschaft (German Production Car Championship).

“After the successful DTM debut for our Aston Martin Vantage DTM cars at the Hockenheimring where we scored a highly respectable nine championship points, a new challenge awaits us at Zolder. It is where the DTM first saw the light of day in 1984, although no races have been held there since 2002. The circuit is uncharted territory for all contestants, so nobody is able to rely on existing data. The characteristics of the track differ significantly from those of the other DTM race venues. The tight chicanes with their high kerbs and the rough surface of the track take their toll of suspension and tyres. Appropriate tyre management by the drivers and a good pit stop strategy will be even more important than on other tracks, especially as overtaking is likely to be extremely difficult. However, our technical team and our drivers showed in the season opener that they perform well, even under difficult circumstances and extreme time pressure, so we are approaching the second DTM race weekend in Belgium with a good deal of confidence and anticipation.”