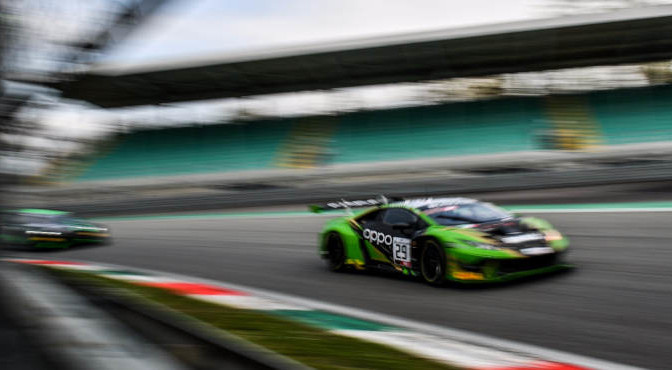 The Spaniard will contest the second round of the Blancpain GT Series Endurance Cup this weekend. Forné climbed onto the podium at Monza driving the Ratòn Racing-run Lamborghini Huracán GT3 EVO

Toni Forné feels optimistic for the second race of the Blancpain GT Series Endurance Cup, which will take place at Silverstone this weekend. The iconic venue, which plays host to the British Grand Prix, will see Forné at the wheel of the Ratòn Racing-entered Lamborghini Huracán GT3 EVO in which the Spaniard is contesting the most competitive GT3-based racing series in Europe.

Forné made a strong start to the season last month at Monza as the Spaniard stepped second onto the AM class podium with Christoph Lenz and Stefano Constantini. Despite changeable weather conditions, Forné and his teammates delivered a faultless performance to secure a podium finish and strengthen their title bid.

“We are very motivated to confirm our potential and chances to fight for AM class title this season. I have already known Silverstone from previous seasons when I contested the Renault Sport Trophy and the Megane Trophy. So, I have plenty of experience there and driving the Renault R.S. 01, which is de facto a GT3-spec car. So, I won’t have a hard time getting used to drive the Lamborghini there this weekend. It’s an excellent starting point for me” said Forné. The Catalonian driver also underlines that “our goal is improve our previous result in Italy. Besides, this second round will be useful to find out the real potential in dry conditions of several rivals. Because Monza, considering it was a wet race, wasn´t a standard event at all. For sure, there are plenty of teams with potential to fight with us. Thursday’s private testing will help us to prepare the 3-hour race. We will be able to define our strategy and pace. We are looking forward to achieving another great result!”

Bronze-rated drivers testing is scheduled on Friday with Saturday devoted to free practice and Pre-Qualifying sessions. On Sunday, Qualifying is scheduled at 10.45 (GMT+2) with the race consisting of 180 minutes getting underway at 16.00 (GMT+2).

Please, click on the following links for live timing and TV streaming.