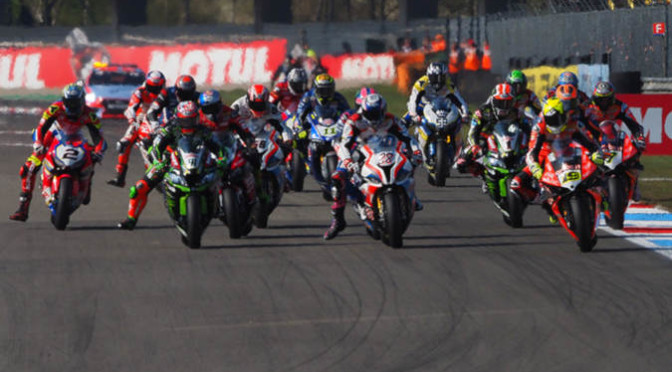 The fifth Round of the MOTUL FIM Superbike World Championship season is upon us, and if history is anything to go by fans around the Autodromo Internazionale Enzo e Dino Ferrari di Imola will be in for a spectacle of magnificent proportions. Regulars here have witnessed epics ranging from the climatic 2002 showdown to 2018’s Race 2 clash, with more thrills promised for this year. After a four-week break, the stage has been set anew and the lights are ready to be dimmed – or rather, switched to green; the ardent Italian crowds are impatient for the curtain to be raised, while each one of the performers – all nineteen on the programme – is more than willing to steal the show.

In the vast lexicon of musical terms with Italian origins, one of the most commonly used is the aria – a solo performance where the singer slips away from the unfolding drama to deliver the audience with a solitary exhibition of brilliance. Traditionally, most vocalists will find themselves at the centre of one as the story winds around, but so far in this production there has been little space for anyone else but the lead performer. Even at Assen, a circuit which many had pencilled in as a potential bogey circuit for the Ducati V4 R, Álvaro Bautista (Aruba.it Racing – Ducati) was able to impose his authority on the rest of the field – albeit with his leading margin severely abbreviated.

The Spaniard’s star is burning brighter and brighter, yet every round the spotlight is at a bigger risk of veering towards someone else. Bautista knew each one of the four opening tracks inside-out before even stepping onboard the V4 R; that’s not the case with Imola.

Even with a semi-rained out, one-day test behind him, the 34-year-old will for once be at a disadvantage in terms of experience – although, to be fair, he’ll be the only one inside the Borgo Panigale squad with that issue. The Pirelli Italian Round is a home tie for Ducati and the crowd will be hot for the red machines. Chaz Davies (Aruba.it Racing – Ducati), a four-time winner at the Autodromo, knows the stage better than most and will aim to gain the upper hand on his teammate for the first time this year.

A win for either man would serve as vindication for Ducati after their private test ten days ago, but the word on Kawasaki’s mind might well be vendetta. The last time the Japanese manufacturer failed to win a race inside the opening four rounds was 2011, in the pre-Provec Racing era; similarly, Jonathan Rea (Kawasaki Racing Team WorldSBK) had not left four consecutive rounds empty-handed since his Honda days. These are uncharted waters for the men in green, and the visit to their rival’s playfield could not come at a more frustrating time – yet hopes are still high for the first of two Italian meetings. This is after all, the first event which the Northern Irishman outright dominated last year, not to mention his consecutive demolition jobs in 2014 and 2015. Imola was where it all clicked for Rea in 2018 – could it be a turning point in 2019?

Keeping up with the questions: which Yamaha rider will be the one to step up on this occasion? Marco Melandri (GRT Yamaha WorldSBK) got the blue brand’s first podium in Australia, followed by a triplet of thirds for Alex Lowes (Pata Yamaha WorldSBK Team) in Thailand. Then, MotorLand Aragon witnessed an astonishing qualifying performance by Sandro Cortese (GRT Yamaha WorldSBK), before Michael van der Mark (Pata Yamaha WorldSBK Team) starred in a heroic homecoming at Assen just seven days later. There’s no shortage of YZF R1 riders with their eyes on the brass ring – the only doubt is whether (or rather, when) one of the four can move past the support cast and claim that leading role. The Pata Yamaha pair have had the early edge in 2019; conversely, Melandri is the only one with podium experience at Imola.

Piano piano, si arriva lontano. While this Italian idiom – roughly translated as “slow and steady wins the race” – may not be a natural fit for the sport, it does do a good job at explaining the mentality behind the early development of the BMW S1000 RR. Upgrades have slowly streamed in from one round to another, while results for both Tom Sykes and Markus Reiterberger (BMW Motorrad WorldSBK Team) have been on a steady rise. The German manufacturer is playing the long game for its full factory return to WorldSBK and each race is a new test of the S1000 RR’s potential. It will be interesting to see what they can bring to the table for Round Five.

The Moriwaki Althea Honda Team found itself in a similar situation at this season’s start, albeit without new machinery; however, results have not been quite as encouraging yet. With the Japanese manufacturer putting its full support behind the project, it shouldn’t be long before we see the duo of Leon Camier – third at Imola back in 2011 – and Ryuichi Kiyonari higher up the grid.

What will the outcome be at the Autodromo Internazionale Enzo e Dino Ferrari di Imola? Find out from Friday, 10th May when Free Practice gets underway in Italy! After qualifying on Saturday morning, it will be lights out for Race 1 at 14:00 LT (GMT+2), with the Tissot Superpole Race (11:00LT) and Race 2 (14:00LT) on the menu for Sunday.