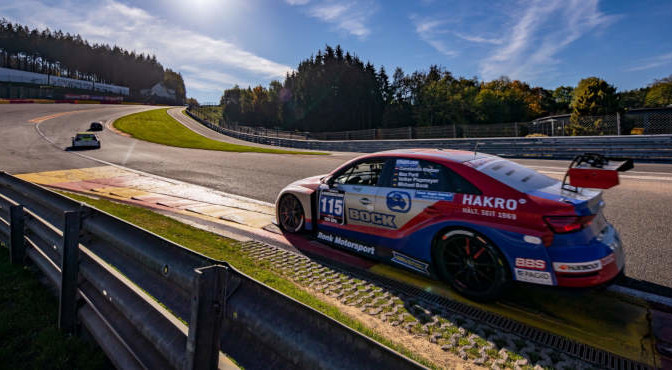 In some regions, TCR touring car competitions have already started their 2019 season while most other series are about to get underway in the upcoming weeks. This also means that anticipation is rising for the inaugural TCR SPA 500 (4-6 October 2019), the new flagship endurance race event jointly organised by World Sporting Consulting Ltd (WSC) as the creator and rights-holder of the TCR regulations and Dutch agency CREVENTIC that will be acting as the promoter and organiser of the event.

The announcement of the TCR SPA 500 as a new event to showcase the burgeoning TCR category was met with great enthusiasm by teams, drivers and manufacturers. “The prospect of a genuine endurance race, covering 500 laps of the legendary Spa-Francorchamps circuit in the Belgian Ardennes, with TCR cars only to guarantee a level playing field is an opportunity no red-blooded race driver wants to miss,” says Gerrie Willems on behalf of CREVENTIC.

The TCR SPA 500 includes all the special elements that make an endurance race stand out: day and night time racing, teams ranging from three to five drivers and the importance of having the right strategy with pit stops, refuelling, tyre and driver changes. Add to that the challenges of one of the world’s most famous circuits and a region that could provide changeable weather conditions as well, and it is clear that the TCR SPA 500 is an event not to be missed!

Almost 30 teams from eleven different countries, not only from Europe but also from Asia and Australia, have already signed up to participate in what is likely to become a memorable event. “For teams based outside of Europe, we have a special package that includes transport of their car and equipment to Spa-Francorchamps and back,” Gerrie Willems explains. “With our vast experience from having organised endurance races all over the world since 2006, we will be taking care of all the logistics.”
Promotion and brand activation

Manufacturers represented in the TCR category will be given the opportunity to use the TCR SPA 500 to showcase their brand. A heated trade-fair like indoor facility will be installed in the paddock at Spa-Francorchamps where the brands will find their own booths. Brand activation opportunities also include exclusive parking areas and parade laps for owners and/or club members of the various brands. Free access tickets for the event can be distributed through the sales networks of the manufacturers.

On Thursday, 3 October, a parade with race cars and drivers from the Spa-Francorchamps circuit to Malmedy will be held, followed by an autograph session in the city centre of Malmedy. Practice sessions and qualifying are scheduled on Friday, 4 October. The race gets underway on Saturday, 5 October at 17.00 hrs and is scheduled to finish on Sunday, 6 October, at 16.00 hrs. The Supercar Challenge, the Mazda MX-5 Cup and the Ford Fiesta Sprint Cup Netherlands and Belgium are the official support race categories of the event. There will be live commentary by Radio Show Limited, well-known from IMSA Radio and Radio Le Mans, and live streaming of the event on various platforms. Hankook is the exclusive and official tyre partner of the event. Further information can be found at www.24hseries.com.