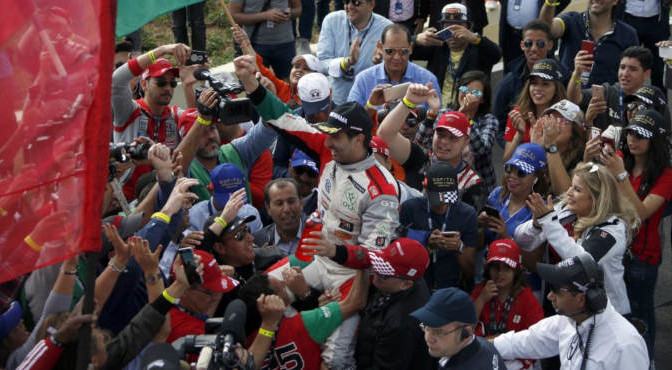 Mehdi Benanni has described confirmation that live free-to-air coverage of the WTCR – FIA World Touring Car Cup presented by OSCARO will continue on 2M in Morocco in 2019 as a “win-win” for both broadcaster and series.

The first Moroccan to claim victory in an FIA world championship motor race is a winner in WTCR / OSCARO and will be a major force on the #WTCR2019SUPERGRID in his Sébastien Loeb Racing Volkswagen Golf GTI TCR, starting from next month’s season-opening WTCR Race of Morocco.

As in 2018, 2M will broadcast live all 30 WTCR / OSCARO races, while additional live coverage is planned from the Circuit Moulay el Hassan in Marrakech, where the battle for the 2019 title begins from 5-7 April. Bennani has welcomed the news with great enthusiasm.

“There are a lot of Moroccan people following 2M, not just inside Morocco but outside also,” said Benanni. “The coverage gives the opportunity for WTCR to open up the visibility in Africa, the Arabic world and also Morocco. It is a win-win because 2M has the privilege to have motorsport, which was not common before, and the championship also gives back and gets the opportunity.”

François Ribeiro, Head of Eurosport Events, the WTCR promoter said: “Morocco is a very important market and as the host of the season-opening event, we are very pleased fans in the country can enjoy live, free-to-air coverage on TV of a very exciting and competitive touring car series all season long. With Mehdi Benanni established as a top World Touring Car driver, we are certain there will be plenty of success to watch and celebrate during the course of the season.”

Mohamed Mouslim of 2M said: “We are pleased to continue to offer the emotion and excitement of the WTCR – FIA World Touring Car Cup to the Moroccan audience throughout the new season, especially that Marrakech hosts the first race of the year. Our main goal remains to support our national champion, Mehdi Bennani, to whom we wish a brilliant result, and the promotion of motorsport in Morocco.”