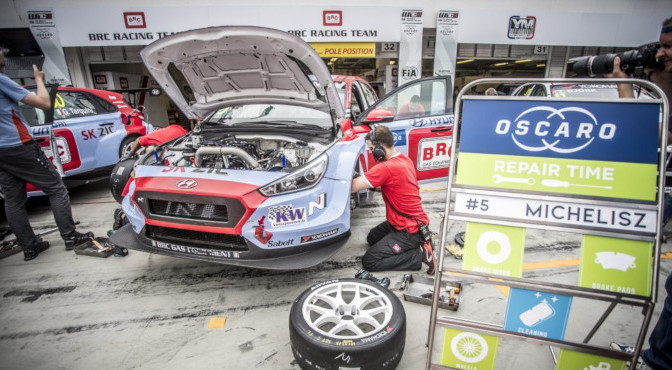 OSCARO, the world’s leading online retailer of original automotive spare parts, has announced a number of new initiatives as it embarks on its second season as the Series Presenting Partner of the WTCR – FIA World Touring Car Cup presented by OSCARO.

Building on the success of the first year of the agreement with WTCR promoter Eurosport Events and aimed at strengthening the links between the world of motorsport and the OSCARO community, the inaugural OSCARO Repair Time of the Year competition has been launched.

It will reward the WTCR team whose mechanics complete the most extensive or challenging car repair in the 15-minute window the rules allow between back-to-back races.

Selected by representatives of OSCARO and WTCR promoter Eurosport Events, the winning team will receive a trophy at the season-closing WTCR Race of Malaysia on 15 December.

OSCARO has also launched a new VIP guest programme, which includes, for example, opportunity for OSCARO customers to attend selected rounds of the WTCR – FIA World Touring Car Cup presented by OSCARO. Hosted by the Team OSCARO Experience, the competition winners will meet drivers and enjoy behind-the-scenes team visits, where they will gain a unique insight into the life of a WTCR race mechanic.

Car enthusiasts who repair their road cars at home in their spare time having purchased parts online from OSCARO will be among those eligible to take part in the competitions.

Tiago Monteiro, Honda Civic Type R TCR driver for the KCMG team in the WTCR, will serve as an ambassador for OSCARO. However, he won’t be the only ambassador and more details will be announced in due course.

Jean-Baptiste Choteau, OSCARO Strategic Director, said: “The first season of WTCR / OSCARO exceeded our expectations and we look forward to the second chapter with a level of competition that will be even higher than the first. For OSCARO, this new adventure will be under the sign of the mechanics and many activations are being developed with our customers in mind.

“They are people passionate about cars and the mechanics of a car, while sports brands active in WTCR, like RS from Audi, Type R from Honda or GTI from Volkswagen, are rooted in the hearts of enthusiasts. So, for year two of our presenting partnership, new projects have been devised to strengthen the links between the world of motorsport and the OSCARO community. We are very excited for the 2019 season.”

François Ribeiro, Head of Eurosport Events, the WTCR / OSCARO promoter, said: “We are very pleased that OSCARO is leveraging its partnership with Eurosport Events for year two with tailor-made activities for its loyal customers on our events. They will love WTCR’s accessibility and will feel very close to the action, both on track and in the garages. Awarding the best team mechanics is also a natural step forward for OSCARO, at the heart of its DNA. OSCARO is a great Series Presenting Partner to work with.”

The 2019 WTCR – FIA World Touring Car Cup presented by OSCARO takes place over 10 weekends between April to December and features 30 races broadcast live around the globe. WTCR Race of Morocco at the Circuit Moulay El Hassan in Marrakech opens the new season from 5-7 April. A packed grid of drivers, including seven FIA world title winners, is expected.