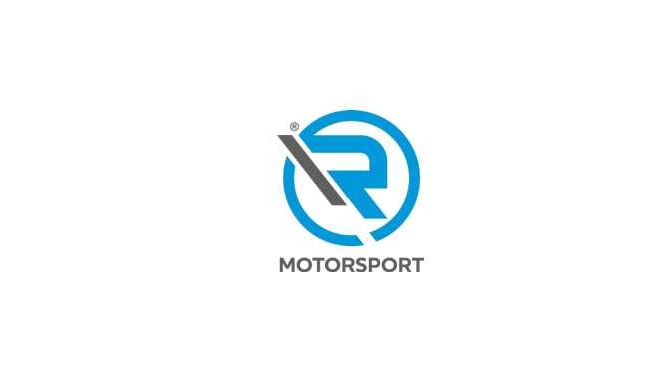 Niederwil: The R-Motorsport calendar is starting to look exceptionally busy. In addition to the challenge of the DTM, the racing team from Niederwil in eastern Switzerland has a comprehensive programme of GT racing to prepare for. Following their successful debut season in the Blancpain GT Series Endurance Cup, R-Motorsport will once again compete in one of the world’s toughest GT racing series. This year, the Swiss outfit will contest the entire Blancpain GT Series, including the Blancpain GT World Challenge Europe sprint championship alongside the Endurance Cup for the first time. They will be fielding two Aston Martin Vantage V8 GT3s in each of the two championships. And for the standout fixture of the season, the 24 Hours of Spa-Francorchamps, they will be sending a third car into the fray.

Newcomer Alex Lynn is anything but a rookie on the racing circuits of the world. After winning championship titles in Formula Renault 2.0 UK and the GP3 series, Lynn served as a test driver in Formula 1. His win in the prestigious 12 Hours of Sebring in 2017 is just one of the highlights in the British driver’s career. Furthermore, he has spent three years competing in the all-electric Formula E championship. Since 2018, the 25-year-old has focused mainly on GT racing and will line up in the 2018/19 Super Season of the FIA World Endurance Championship as works driver for Aston Martin Racing. Lynn will contest his first year in this season’s Blancpain GT Series Endurance Cup for R-Motorsport.

“R-Motorsport have been phenomenally successful in their debut year, showing the team’s professionalism,” said Alex Lynn. “I’m delighted to be part of the team and will do everything I can to make 2019 the most successful year ever for this up and coming outfit. We’re all mad keen to get started and hope to be successful with the new Aston Martin Vantage V8 GT3 in our bid for the title.”

Finland’s Aaro Vainio began his professional motorsport career in single-seater racing. He learned his craft in the British and European Formula Renault 2.0 series. From 2011 to 2013, Vainio competed in GP3, one of the most prestigious junior formula series; the 25-year-old finished the 2012 season as race winner in the grand finale and fourth overall in the championship. In 2017, Vainio found a new home in GT sports. In that same year, he won the GT Italia championship at the first attempt. In 2018, he made the step up to the ADAC GT Masters, one of the most competitive championships in GT racing. In 2019, Vainio will drive an R-Motorsport Aston Martin Vantage V8 GT3 in the Blancpain GT World Challenge Europe.

“My goal is to compete up front in the sprint races and be a title contender by the end of the season,” said Aaro Vainio, setting out his goals for the season. “We have to develop the new Aston Martin Vantage V8 GT3 in the upcoming tests to ensure that we can win from the outset. I believe that the outfit has the necessary drive and know-how to start the season with a good chance of success.”

Ferdinand Habsburg began his professional motorsport career in the 2014 Formula Renault 1.6 NEC Junior Championship. Four podium finishes during the campaign and fourth place overall laid a solid foundation for four more years in junior formula racing. In 2017, the Austrian graduated to the FIA Formula 3 European Championship, finishing the season in seventh place after securing one race victory and making three further podium appearances. The 21-year-old’s greatest success to date came with a fourth place in the Macau Grand Prix at only the second attempt. Habsburg gained his first experience of GT racing in the 24 Hours of Daytona, the IMSA series and the International GT Open. The Austrian will race in the DTM for the Swiss outfit this year and will join the R-Motorsport squad for the 24-hour race at Spa-Francorchamps.

Ferdinand Habsburg told us: “Endurance races like the 24-Hours of Spa Francorchamps represent a very special challenge and you need a well-practised, well-proven team. We should do well in the Ardennes classic with our experienced squad of drivers. I love Spa and have some fond memories of the circuit, because it’s where I won my first Formula 3 race two years ago. Of course, endurance racing places a very different set of requirements on drivers, as exceptional teamwork is vital.”

Switzerland’s Hugo de Sadeleer is the fourth newcomer to the R-Motorsport GT line-up for 2019. After a successful start to his motorsport career in formula racing, he switched to the LMP2 class of the European Le Mans Series finishing 2nd in the championship in 2017. De Sadeleer impressed with two race wins and a podium finish. In 2018 he finished third in the LMP2 class in the 24 Hours of Le Mans. He also gained valuable GT racing experience running in select rounds of the 2017 Blancpain Endurance Cup. In 2019, de Sadeleer will represent R Motorsport in both the Blancpain GT World Challenge Europe and the 24 Hours of Spa.

“I’m excited to move to GT racing and compete in two very different types of events. The Blancpain GT World Challenge Europe is all about sprints and 24-Hours of Spa-Francorchamps is an endurance team effort,” said Hugo de Sadeleer. “The sprints are about being completely flat out during the entire duration of the race, whereas the 24-Hours will be about speed, stamina, reliability, and the best strategy. I’m really looking forward to tackling these very special challenges with what is one of the premier race teams in the world, R-Motorsport.”

At just 24 years of age, Marvin Kirchhöfer is already one of the most experienced drivers in GT3. Having begun his motorsport career in karting, the German graduated via the junior formula classes to GT racing in 2017. Kirchhöfer joined the driver squad of R-Motorsport in 2018, sharing a second-place finish with team-mates Jake Dennis and Matthieu Vaxivière in the 12 Hours of Bathurst in 2019. He can also look back with satisfaction on two successful years in the ADAC GT Masters. Last season, he was in contention for the drivers’ title in the highly competitive German GT championship right up until the last race. Kirchhöfer will be contesting both the Blancpain GT World Challenge Europe and the Blancpain Endurance Cup on behalf of R-Motorsport.

The professional motorsport career of 24-year-old Matthieu Vaxivière got off to a spectacular start in 2011 when he won the French Formula 4 title at the first attempt. From that triumph, he progressed via more single-seater series and endurance racing to sports cars. Vaxivière completed his first season for R-Motorsport in 2018. The Frenchman impressed with his driving skills from the very first outing, and the reward was not long in coming. In the second round of the Blancpain GT Series Endurance Cup at Silverstone, Vaxivière was a member of the driver trio that gave R Motorsport its maiden GT victory. The team will be counting on the services of the Frenchman in the 2019 Blancpain Endurance Cup.

At the age of 32, Maxime Martin is the oldest driver in the R-Motorsport squad. The Belgian’s greatest successes to date are three race wins and seven podium finishes in the DTM. Martin also boasts one victory in his home race, the 24 Hours of Spa-Francorchamps (2016). Last year, driving an R-Motorsport Aston Martin Vantage V12 GT3, he booked the team’s first pole position in qualifying for the long-distance classic on the Ardennes rollercoaster. The Aston Martin works driver will contest the 2018/19 Super Season of the FIA World Endurance Championship for Aston Martin Racing. Martin is one of the R-Motorsport squad for the Blancpain Endurance Cup.

Jake Dennis ranks as one of the greatest talents in motorsport. The Brit embarked on his professional career in the 2011 InterSteps championship, which he won at the first attempt. After further successes, he made the step up to the GP3 (Formula 1 support) series in 2016. Dennis next moved on to GT racing where he has also enjoyed considerable success; he recently claimed pole position and finished second in the 12 Hours of Bathurst as an R-Motorsport driver. Last year, the Englishman had the great honour of driving the Red Bull Racing Formula 1 car in the official tests at Barcelona and Budapest. R-Motorsport recently announced the names of their squad of drivers for their first year in the DTM, and Dennis will be at the wheel of one of the four Aston Martin Vantage DTMs. Also, he will be competing in the 2019 Blancpain Endurance Cup.

Ricky Collard was also a member of the R-Motorsport driver squad in 2018. The Englishman got into motor racing via the kart track. After success in the MSA Formula and British Formula 3 series, he made the step up to GT racing in 2016. Over the past three years, Collard has accumulated a wealth of experience, including in the Blancpain GT Series. The 22-year-old will represent R-Motorsport in the Blancpain GT World Challenge Europe and in the 24 Hours of Spa.

R-Motorsport Team Principal Dr Florian Kamelger told us in conclusion: “We’re lining up with our team in the endurance and sprint cup for the first time ever and have a broad base of drivers to call on, made up of well-proven and successful individuals from last year as well as interesting, talented newcomers, especially Marvin, who will compete for the overall championship in both series. The guys are all hungry for success and have a promising car in the new Aston Martin Vantage V8 GT3, with which we intend to fight for wins and the title with the full backing of the entire team.”