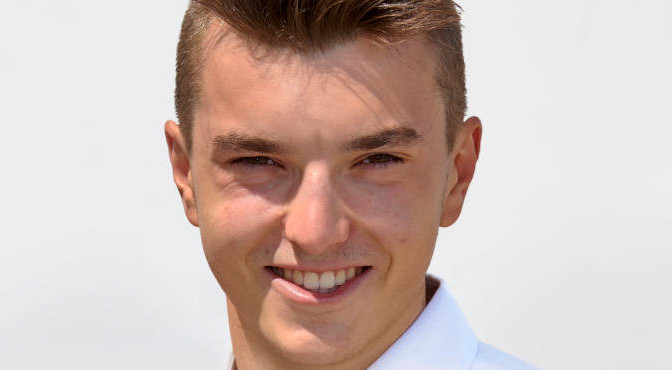 The Hong Kong team makes the step up to WTCR, after a successful 2018 TCR Europe campaign in which it won the teams’ title, whilst also making two wildcard WTCR appearances at the Hungaroring and Nurburgring.

Hungry for a championship after his near-miss in the 2017 World Touring Car drivers’ title, Monteiro will make his full-time return to racing with KCMG this year. The Portuguese Formula 1 podium scorer was a multiple race-winner and regular title contender with Honda in WTCC.

Joining him is 19-year-old Hungarian star Tassi, who was runner-up in the 2017 TCR International Series in a Civic Type R, before scoring two victories and a number of podiums in TCR Europe with KCMG last year.

KCMG will receive support from Honda, with an on-site supply of spare parts and technical assistance at each event, aimed at helping the team and its drivers with their title challenges.

The FIA World Touring Car Cup gets underway at the Circuit Moulay el Hassan in Marrakesh, Morocco on 5-7 April and will be the first of 10 events across Africa, Europe and Asia.

Alongside its WTCR campaign, KCMG will compete in several championships in 2019, including the VLN endurance series and Intercontinental GT Challenge.

Tiago Monteiro said: “It’s incredibly exciting to return to racing full-time this year with KCMG and Honda and to welcome a young, fast and determined team-mate in Attila, who I know will be great to work with. KCMG may be new to WTCR, but they have a fantastic track record in every form of motorsport they’ve contested, plus a huge amount of touring car experience within the team, so we should be competitive from the first event. It’s been a long road to recovery, but the support I’ve been shown throughout by Honda, the WTCR and the entire motorsport family has been incredible. Attending the events when I wasn’t racing was tough, and my comeback in Japan was incredibly emotional. It’s been a tough a journey, but I have no doubt that I’m stronger and more motivated than I’ve ever been and eager to win the championship that was taken away from me by injury in 2017.”

Attila Tassi said: “I’m absolutely delighted to become a Honda Racing driver and to step up to the WTCR for a full season with KCMG. It’s a dream come true and I’m very grateful to have this opportunity at 19 years of age. So far in my racing career I’ve always been able to fight for victories and podiums, but I know that this will be the highest-level series I’ve ever contested and I had a taste of this in my wildcard outing at the Hungaroring last year. There will be many circuits I have never been to before and lots of new additional things too, so I know that I have to take this as a learning year, but the environment in the team is very good for a young driver like me, so I think we can achieve some strong results and move forward during the season.”

Paul Ip, KCMG Team Principal, said: “We are very happy to make the step up to a full-time WTCR programme with the Honda Civic Type R TCR in 2019. Last year was our first with the car and we not only won the TCR Europe Teams’ Championship, but also made two wildcard appearances in WTCR, which has led on to this logical step. In Tiago we have one of the most experienced touring car drivers in the world, who has been a consistent race winner at this level and in Attila we have an exciting you prospect who raced with us last year and has the potential to go right to the top of the tree in WTCR.”

Masashi Yamamoto, General Manager of Motor Sports Division, Honda Motor Co., said: “After a very strong end to the 2018 WTCR – FIA World Touring Car Cup, we are pleased to present such a strong line-up for the 2019 season and delighted that KCMG have chosen the Honda Civic Type R TCR as the vehicle for their graduation to global touring car competition. Paul Ip and his team have achieved great things in single-seater and sportscar racing and we hope that in the WTCR they can add to the TCR Europe Teams’ title they won last year. Tiago Monteiro is one of the world’s finest touring car drivers and we are delighted to see him back to full fitness after a determined recovery from injury, while Attila Tassi has already displayed excellent speed huge potential and will be a very good team-mate.”