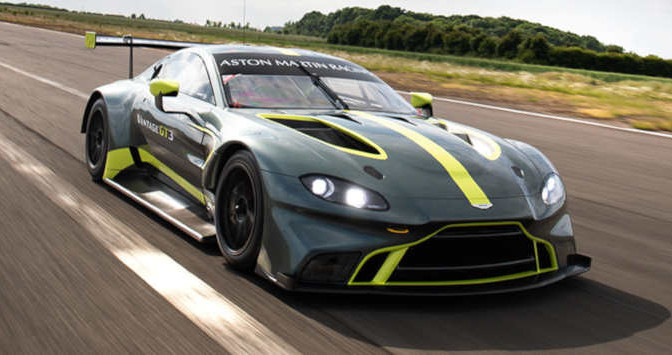 Entries for round three of this season’s Intercontinental GT Challenge Powered by Pirelli – the Total 24 Hours of Spa – are now being accepted.

Amongst them will be the new-look Garage 59 for whom Spa marks the first of three appearances in the world’s only global GT3 championship with a 2019-specification Aston Martin V8 Vantage GT3. Europe’s date on July 25-28 is followed by the Suzuka 10 Hours in Japan (August 23-25) and South Africa’s historic international endurance race, the Kyalami 9 Hour (November 21-23), which was last staged in 1982.

The British team, co-owned by Alexander West, Andrew Kirkaldy and Chris Goodwin, has confirmed one of its two new Aston Martins will enter the Intercontinental GT Challenge from mid-season onwards, while two V8 Vantage GT3s are scheduled to contest all five Blancpain GT Series Endurance Cup rounds across Europe.

Goodwin, Andrew Watson and Jonny Adam are conducting Garage 59’s testing duties this week at Paul Ricard before the team announces both driver crews, including the one scheduled to enter Intercontinental GT Challenge, in due course.

“The Vantage GT3 looks great,” said Kirkaldy, who also acts as Garage 59’s team principal. “It’s a very high-end GT car based on a strong foundation car so we have high hopes for the season ahead. We’re looking forward to working with Aston Martin Racing, along with new sponsors who will be revealed in the future. It has been an interesting and enjoyable process to re-brand the team. All you can see at the moment is the new logo but we’ll soon be ready to show you our new racing livery, which we are working on now.”

Established in 2016, Garage 59’s roots lie with McLaren. Indeed, the manufacturer’s 1995 Le Mans victory was achieved with car #59. However, its switch to Aston Martin also features a happy coincidence: the manufacturer scored its only outright success at the same race in 1959.

Eight manufacturers are officially registered to score Intercontinental GT Challenge points this season, with Audi, Bentley, BMW, Ferrari, Honda, Mercedes-AMG, Nissan and Porsche all competing at the remaining four rounds. Others, including Aston Martin, are eligible for outright and class results but are not counted amongst Intercontinental GT Challenge’s manufacturers’ classification.

WeatherTech Raceway Laguna Seca hosts round two of this season’s campaign – the California 8 Hours – on March 28-30 before the championship reconvenes at Spa-Francorchamps in late July.

2018 winners, Walkenhorst Motorsport, are expected to head a list of nearly 70 entries – traditionally the largest GT3 grid assembled anywhere in the world – in the Ardennes later this year.