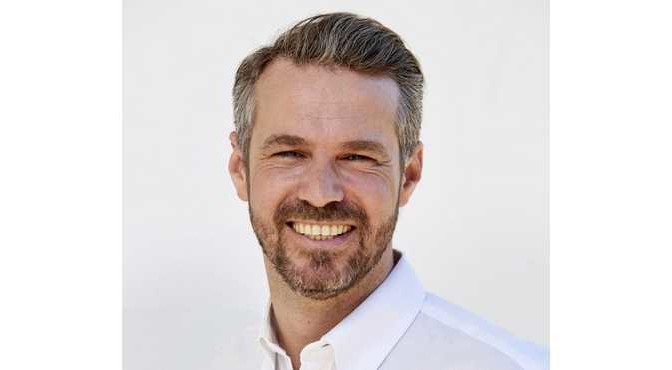 Honda will be represented by four cars in the 2019 WTCR – FIA World Touring Car Cup with KCMG announcing today that they will join ALL-INKL.COM Münnich Motorsport in running two Civic Type R TCRs in the series.

Formed by Paul Ip in 2007, KCMG have a rich and varied history in motor racing, having won the LMP2 division of the Le Mans 24 Hours in 2015 plus numerous single-seater and GT titles in Asian motorsport.

Racing a Civic Type R TCR for the first time in 2018, the Hong Kong-based team impressively clinched the TCR Europe Teams’ title as well as making two wildcard appearances in the WTCR.

Tiago Monteiro will compete for the HELL Energy and Brose-supported team and will be partnered by Attila Tassi, who joins the Portuguese as a Honda Racing driver for the coming season.

The only Portuguese driver to finish on a Formula 1 podium, Tiago Monteiro has competed in every imaginable form of circuit racing and was a star of single-seater racing before making his switch to touring cars in 2007 in the FIA World Touring Car Championship.

The 42-year-old is one of touring car racing’s global superstars with 11 wins and 44 podiums in the WTCC to his name as well as victory in the prestigious Macau Guia Race in a Civic Type R TCR in 2016.

Tiago was leading the 2017 Drivers’ Championship when he suffered head and neck injuries mid-season that put him out of racing for over a year. Having made a competitive comeback at the WTCR Race of Japan in October last season, he is now re-energised for a full season in WTCR.

Attila Tassi, 19, began racing in single-make saloons in Hungary; scoring a podium finish in just his fifth senior race meeting in TCR International in 2016 and finishing as runner-up in the same series the following season in a Civic Type R TCR.

For 2018 he joined KCMG, initially for a wildcard WTCR entry at the Hungaroring, and then for the new TCR Europe Series and won twice to finish fourth in the points.

Technical support will be offered to all customer teams by JAS Motorsport with an on-site supply of spare parts and technical assistance at each event, aimed at helping all Honda drivers with their title challenges.

The new Honda Civic TCR, designed and manufactured by JAS, made its global race debut in 2018 and won five major titles in its first season of competition.

The WTCR – FIA World Touring Car Cup begins at the Circuit Moulay el Hassan in Marrakech, Morocco, on April 5-7 and comprises 10 events in Africa, Europe and Asia; concluding at Sepang, Malaysia in December.

Tiago Monteiro 18
“It’s incredibly exciting to return to racing full-time this year with KCMG and Honda and to welcome a young, fast and determined team-mate in Attila, who I know will be great to work with. KCMG may be new to WTCR, but they have a fantastic track record in every form of motorsport they’ve contested plus a huge amount of touring car experience within the team, so we should be competitive from the first event. It’s been a long road to recovery, but the support I’ve been shown throughout by Honda, the WTCR and the entire motorsport family has been incredible. Attending the events when I wasn’t racing was tough, and my comeback in Japan was incredibly emotional. It’s been a tough a journey, but I have no doubt that I’m stronger and more motivated than I’ve ever been and eager to win the championship that was taken away from me by injury in 2017.”

Attila Tassi 19
“I’m absolutely delighted to become a Honda Racing driver and to step up to the WTCR for a full season with KCMG. It’s a dream come true and I’m very grateful to have this opportunity at 19 years of age. So far in my racing career I’ve always been able to fight for victories and podiums, but I know that this will be the highest-level series I’ve ever contested and I had a taste of this in my wildcard outing at the Hungaroring last year. There will be many circuits I have never been to before and lots of new additional things too, so I know that I have to take this as a learning year, but the environment in the team is very good for a young driver like me, so I think we can achieve some strong results and move forwards during the year.”

Paul Ip
Team Principal
“We are very happy to make the step up to a full-time WTCR programme with the Honda Civic Type R TCR in 2019. Last year was our first with the car and we not only won the TCR Europe Teams’ Championship, but also made two wildcard appearances in WTCR, which has led on to this logical step. In Tiago we have one of the most experienced touring car drivers in the world, who has been a consistent race winner at this level and in Attila we have an exciting you prospect who raced with us last year and has the potential to go right to the top of the tree in WTCR.”

Masashi Yamamoto
General Manager of Motor Sports Division, Honda Motor Co.
“After a very strong end to the 2018 WTCR – FIA World Touring Car Cup, we are pleased to present such a strong line-up for the 2019 season and delighted that KCMG have chosen to join ALL-INKL.COM Münnich Motorsport in choosing the Honda Civic Type R TCR as the vehicle for their graduation to global touring car competition. Paul Ip and his team have achieved great things in single-seater and sportscar racing and we hope that in the WTCR they can add to the TCR Europe Teams’ title they won last year. Tiago Monteiro is one of the world’s finest touring car drivers and we are delighted to see him back to full fitness after a determined recovery from injury, while Attila Tassi has already displayed excellent speed huge potential and will be a very good team-mate.”

Mads Fischer
TCR Project Leader, JAS Motorsport
“We are pleased that the Honda Civic Type R TCR, built at our Milan headquarters, will be represented in the WTCR – FIA World Touring Car Cup by KCMG; one of Asia’s most successful racing teams and together with the two cars from ALL-INKL.COM Münnich Motorsport, Honda’s challenge looks to be a strong one. Tiago and Attila are both fantastic drivers. We know this because Tiago has been a part of our touring car development and race programmes with Honda since 2012 and because Attila began racing the Civic Type R TCR at just 17 years old and immediately achieved strong results, leading to him spending 2018 as an official JAS Motorsport Test and Development driver. We wish team and drivers well as they aim to the five championship titles and 39 race wins already achieved globally by this current model.”