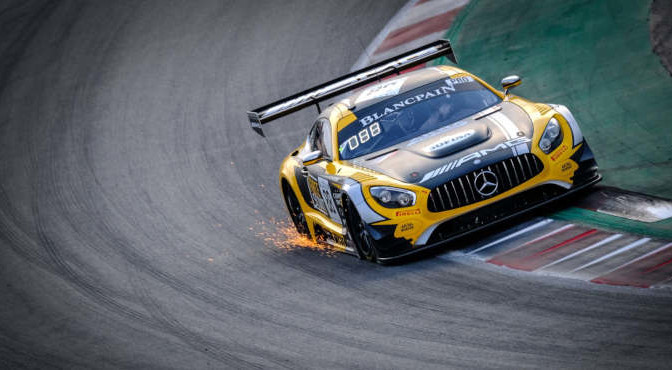 The signing of the agreement was conducted by Mr Carmelo Ezpeleta, CEO of DORNA and Mr Abdulbar M. Mansoer, CEO of ITDC at DORNA’s headquarter in Madrid, Spain on the 28th January 2019, in front of Senior Management team of both parties and witnessed by Indonesian’s Ambassador Extraordinary and Plenipotentiary for Spain, Drs. Hermono M.A.

The agreement confirms that Indonesia will welcome the MOTUL FIM Superbike World Championship and MotoGP™ in 2021 to the island of Lombok, more specifically within the Mandalika, which is a large-scale integrated Tourism Estate.

Delighted to welcome the most famous production-based motorcycle series and MotoGP™ in Indonesia, CEO of ITDC, Mr. Abdulbar M. Mansoer said: “We are very excited to have partnered up with DORNA and are delighted to be able to bring world-class motorsport events to Indonesia and the Mandalika in Lombok together.”

Dorna Sports SL CEO, Carmelo Ezpeleta commented: “What a unique project this will be, having an urban, world class circuit in a country where MotoGP™ has such a huge following. Indonesia is a key market for us with a considerable percentage of motorsport fans living here and the MotoGP™ atmosphere will be even stronger once the circuit is complete. Also, by including Lombok to the WorldSBK calendar makes this offer more attractive for local fans having two World Class events in the area during the year.”AKKA ASP Team has revealed ambitious plans to defend the titles it earned in 2018 by assembling an all-star driver line-up to pilot its #88 Mercedes-AMG GT3 this season.

Two of the brightest young stars in GT racing will join forces for an assault on Blancpain GT World Challenge Europe, with Raffaele Marciello and Vincent Abril confirmed for the five round sprint-format championship.

The #88 Mercedes-AMG will also compete in the Blancpain GT Series Endurance Cup, where Michael Meadows will join Marciello and Abril for a quintet of long-distance races that includes the marquee Total 24 Hours of Spa.

The combination of Marciello and Abril signals the AKKA ASP squad’s intent to contend for top honours in Blancpain GT World Challenge Europe (formerly the Blancpain GT Series Sprint Cup). Both men are past champions in the category, with Marciello having triumphed last year alongside Meadows and Abril taking the title in 2015 for Bentley Team HTP.

Mercedes-AMG factory ace Marciello is the reigning overall Blancpain GT Series drivers’ champion and has quickly forged a reputation as one of the fastest and most naturally gifted drivers in GT racing. By pairing the 24-year-old Italian with Abril the AKKA ASP squad has set a formidable benchmark for its Blancpain GT World Challenge Europe rivals.

Though still a few days shy of his 24th birthday, Abril can already be considered an experienced GT racer and has demonstrated an impressive turn of speed during his career. His time at Bentley saw the Monegasque develop into one of the top performers in both the Blancpain GT Series Endurance Cup and the Intercontinental GT Challenge, highlighted by a runner-up finish at the Total 24 Hours of Spa in 2017.

Their crew will be bolstered at Endurance Cup events by 31-year-old British racer Meadows, who earned his biggest accolade to date in 2018 by clinching the Sprint Cup title alongside Marciello. The Oxford native has also earned significant domestic success and is regarded as a fast, reliable performer at the top level of GT racing.

This trio will lead AKKA ASP Team’s assault as the French outfit seeks to build on a hugely successful 2018 campaign. Its trophy haul last term included the overall Blancpain GT Series drivers’ and teams’ titles, the Sprint Cup drivers’ championship, as well as overall and Sprint Cup honours in the Silver category.

The team plans to reveal further crews that will compete in the Blancpain GT Series ahead of the official test days at Circuit Paul Ricard (13/14 March). The 2019 campaign begins with an Endurance Cup event at Monza (12-14 April) before Brands Hatch stages the opening Blancpain GT World Challenge Europe contest on 4-5 May.