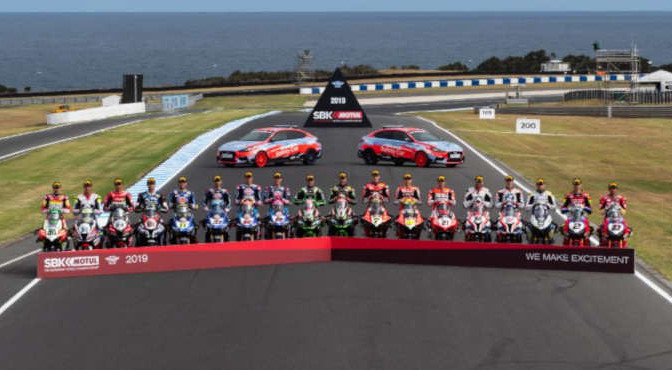 With the 2019 MOTUL FIM Superbike World Championship on the brick of kicking off in Australia for the Yamaha Finance Australian Round on Friday 22nd February, WorldSBK and WorldSSP riders gather on the start/finish straight of Phillip Island Gran Prix Circuit today, posing for the traditional Official Chevron picture. With the Australian coastline as a backdrop, all 18 WorldSBK riders and 23 WorldSSP riders took their back-to-school shot seating on their 2019 machines, ready for the new season to start.
Preparation is done. The new WorldSBK Era will officially start tomorrow and will see several riders aiming to end Jonathan Rea’s dominance this year. The four-back-to back world champion and current title holder will begin the new season with the target on his back once again.