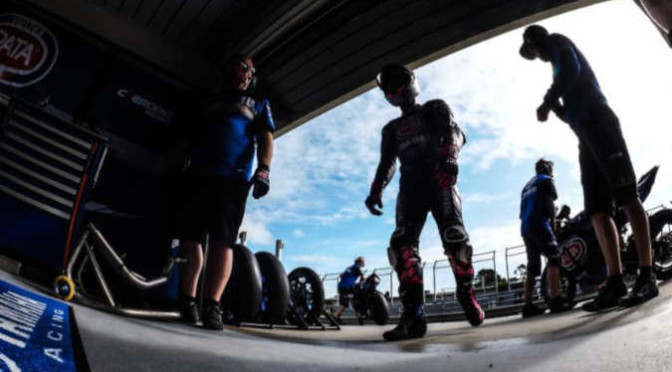 Three races, new faces and the charming yet treacherous masterpiece that is the sweeping Phillip Island Grand Prix Circuit, everything is in place for the 2019 MOTUL FIM Superbike World Championship to commence in the grandest fashion possible. Several riders are aiming to end Jonathan Rea’s (Kawasaki Racing Team WorldSBK) dominance at the crest of the mountain, but does their bite match their bark? Winter testing has thrown up many questions, but we’ll only truly find out the answers when the lights go green this Saturday. One thing however is clear: if you think you’ve seen everything in WorldSBK, think again.

As always, the four-time world champion will have a target on his back from the moment the weekend’s action starts. Rea has won five times at the 4.4km circuit, all since joining the Kawasaki Racing Team, and has appeared incredibly relaxed throughout the entirety of pre-season testing, the synergy between himself and the ZX-10RR perhaps stronger than it has ever been. The Northern Irishman was however outpaced by several riders on the final day of official testing, one of whom was new teammate Leon Haslam (Kawasaki Racing Team WorldSBK). The 35-year-old won his last race on the Island back in 2015 and has inched closer to Rea’s pace one practice session at a time. Haslam has been a force to be reckoned with every time he’s set foot on the WorldSBK tarmac – don’t expect that to change in 2019.

There were just four wins for Ducati riders in the entire 2018 season and none since early April, but all that could be set to change at the Island. Álvaro Bautista (Aruba.it Racing – Ducati) is the talk of the town at the moment thanks to a scintillating performance in both days of official testing. It has been a full six months since the Spaniard was announced as Ducati’s star signing for the 2019 season and he may very well be the man to beat on his debut, after he topped every single session of testing in Australia by a comfortable margin each time. A win would be a dream start for the Panigale V4 R in WorldSBK, one that Chaz Davies (Aruba.it Racing – Ducati) would also like to add to his resumé. Davies has never been victorious in Australia and has somewhat struggled through winter testing, but few riders are more capable of finding form at the right time than the Welshman.

There’s also a buzz of anticipation surrounding the other debuting bike on the grid, as BMW partner their new S 1000 RR with a full factory team led by Shaun Muir Racing. While development of the machine is still at an early stage, the first lap times from Tom Sykes (BMW Motorrad WorldSBK Team) around Phillip Island and Portimao before that have been nothing short of impressive. The 2013 World Champion is never satisfied if not winning races and will have a partner capable of pushing him to his limits in the 2018 European Superstock 1000 Champion, Markus Reiterberger (BMW Motorrad WorldSBK Team), who returns to the premier series.

Without a new bike to place on the grid, Yamaha have gone for numbers in their approach to the new season, as they place four full-fledged factory bikes onto the tarmac at Phillip Island. On the Pata Yamaha side of things, Alex Lowes and Michael van der Mark (Pata Yamaha Official WorldSBK Team) will look to get their first win on Aussie territory after an incredibly successful 2018 season for both men. Meanwhile, Phillip Island brings back good memories for both pieces of the GRT Yamaha puzzle. Marco Melandri (GRT Yamaha WorldSBK) left Australia last season with maximum points in the bag after a double win, while Sandro Cortese (GRT Yamaha WorldSBK) scored a meritorious podium on his World Supersport debut, a solid first step towards securing the title eight months later. There doesn’t seem to be a clear-cut favourite amongst them, but all four men will have the rostrum in their sights from Race 1.

Make sure you don’t miss the season kickoff this weekend as WorldSBK goes racing Down Under! Free Practice starts on Friday at 10:30 LT (GMT+11), before Saturday hosts the Superpole at 12:15 and Race 1 at 15:00. The first-ever Tissot Superpole Race starts at 12:00 on Sunday, while it’s lights out for Race 2 at 15:00.