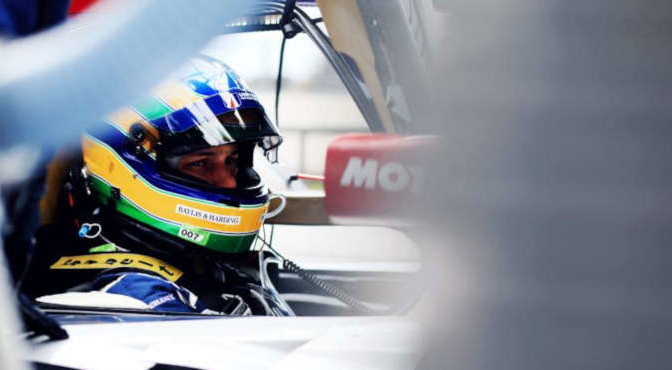 Ten years after making his first appearance in European Le Mans Series, Bruno Senna will be back for a full season at the wheel of the n°43 RLR MSport Oreca 07 for the British team’s LMP2 debut. The 2017 FIA WEC LMP2 World Champion will have a busy season with his commitments in the FIA WEC with Rebellion Racing and his full 2019 ELMS season with John Farano and Arjun Maini.
Q: You did one ELMS race for United Autosports at Paul Ricard and now you are returning for a full season with RLR MSport. What are your thoughts on the ELMS, the level of the competition and the type of circuits that you will race on during the 2019 season?

It’s great to be back for a full season in the ELMS, as I got a good taste of it at Paul Ricard last year. The competition and racing are stronger than ever and it’s a lot of fun to race at some of the best circuits around Europe.

Q: RLR MSport is a new team for you and they are making their LMP2 debut this season. What will you bring to the team as they step up in endurance racing?

RLR MSport has proved their credentials with the title last year in LMP3. The step-up to LMP2 definitely won’t be easy, but we have good, experienced people in the team to make sure the car will be competitive and well-prepared, and I can bring a little extra edge, having plenty of experience with the Oreca-Gibson LMP2 from 2017.

Definitely the goal is to be on the podium in all the races, but I know it will be a big challenge as the field is so competitive. Arjun Maini obviously has the speed, coming from F2, but there’s a lot to learn when it comes to endurance. John Farano seems to have enjoyed driving the LMP2 car, so we’ll make sure everyone is as comfortable as possible with the car and capable of extracting 100% from our package.

I love Spa and Eau Rouge, but all the circuits have great challenges. It will be a pleasure going back to Barcelona, as it’s been a long time since I last raced there as well!