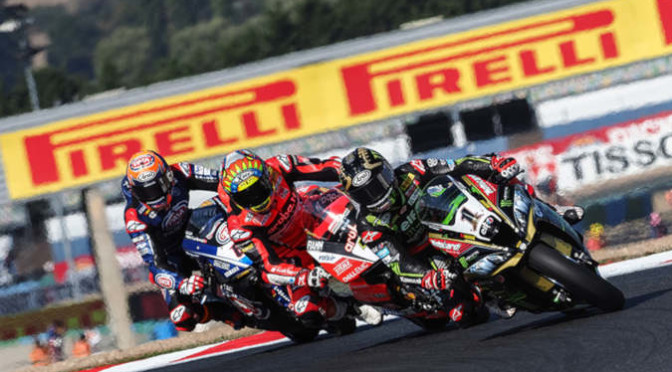 Pirelli and Dorna WSBK Organization are thrilled to announce that the official championship tyre supplier will back up two of the most important rounds in the 2019 championship calendar.

The Italian tyre supplier will give its name to the Pirelli Thai Round taking place from 15th to 17th March and to the Pirelli Italian Round that will be hosted from 10th to 12th May 2019.

The Thai Round remains one of the biggest momentums in the WorldSBK calendar and the unique race weekend held in the Far East. Offering always incredible racing action the Chang International Circuit attracts every year a big number of fans and with no doubt will provide a lot of excitement as the championship heads into his second round of the year.

The Italian tyre supplier will also name the iconic Italian Round as the championship will roll at the historic Autodromo Enzo e Dino Ferrari in Imola for Round 5 of the championship. One of the biggest weekends in the WorldSBK calendar, Imola is a round which always brings a lot of surprise and unpredictable racing battles.

With a relationship expanding for 16 consecutive seasons, Pirelli are a long-term technical partner of the world’s fastest production-based motorcycle series, and each year are continuing to build on their firm support of WorldSBK.

Thanks to this additional support given to WorldSBK the Italian brand will be able to get even more coverage from one of the most prestigious series in the international racing scene.

“We have decided to be Event Main Sponsor in Thailand and Imola because in 2019 for Pirelli these will be two particularly important and significant events” said Pirelli Moto Racing Director Giorgio Barbier “The Asian market is definitely the one with the greatest growth and in the occasion of the Thai round, we will present to the local press a new tyre specifically designed to meet the needs of Asian motorcyclists. At Imola, which for us is a bit like the home race, we will celebrate the 30th anniversary of the first Pirelli victory in the World Superbike championship achieved by Fred Merkel in 1989. A sponsorship deal which, in addition to our consistent presence alongside teams and riders, also confirms our commitment and enthusiasm to keep investing in the production derived-series as a development platform for our tyres and as an international showcase for the brand”.

Marc Saurina, WorldSBK Executive Director of Sponsoring & Commercial Operations added: “We are extremely delighted to have Pirelli on board for two of our most important rounds in the 2019 WorldSBK calendar! It is such an honour for us to be able to host two 2019 key moments for Pirelli within our race weekends. As the Official tyre supplier of WorldSBK, Pirelli is a long-time partner and an integral part of the championship, and we are looking forward to maximizing their exposure at the Thai and Italian Rounds and working closing with them to deliver another successful racing experience to all our fans!”