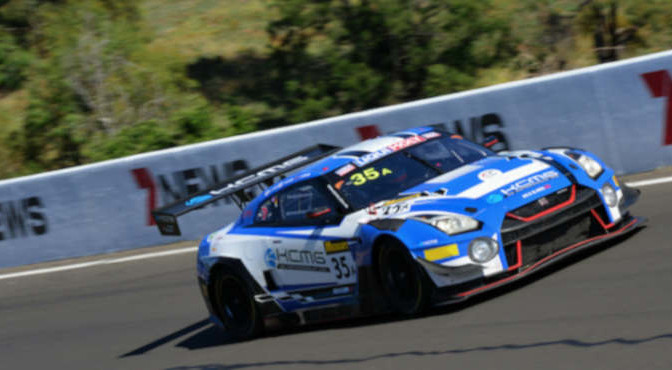 Running alongside its Intercontinental GT Challenge races, the Hong Kong squad will take to the world famous Nürburgring Nordschleife for the official VLN test (16 March), opening three rounds, and qualifying race (19 May), before tackling the blue-riband Nürburgring 24 Hours (22-23 June).

KCMG is no stranger to the “Green Hell” having fielded a wildcard entry here in the WTCR races last year, but this will be the team’s maiden GT3 attempt with the Nissan GT-R.

Three of KCMG’s talented driver pool will enter the series, with Edoardo Liberati and Josh Burdon poised to make their Nürburgring Nordschleife debuts, alongside Philipp Wlazik, who has plenty of experience on his local circuit.

The German finished second in the SP8 class in the 2017 Nürburgring 24 Hours and has a further three overall podiums on the legendary 15.5-mile circuit, and will set a strong benchmark for his two team-mates.

Liberati and Burdon have shown front-running pace for KCMG so far this year, with both on course for top-five finishes at the Dubai 24 Hour and Bathurst 12 Hour, before being hit with bad luck.

The second line-up is yet to be announced, but both KCMG Nissan GT-R NISMO GT3 cars will run Michelin tyres and a dedicated crew will take care of VLN operations in Germany.

Josh Burdon: “It really is a privilege for me to be able to add to my current Intercontinental GT Challenge programme with KCMG and Nismo, by representing them during the VLN series and Nürburgring 24 Hours this season. The Nordschleife is one of the most famous pieces of road in the world so I am very eager to get on track and begin work.”

Edoardo Liberati: “I’m excited to start another racing campaign in 2019 with KCMG and Nissan. VLN is a special championship and I’m really looking forward to learning the Nordschleife circuit as quickly as possible. Our main target is to be ready to fight for a top result in the Nürburgring 24H, which is one of the biggest races in the world. Let’s give our best!”

Philipp Wazlik: “I’m totally over the moon to be driving with KCMG and Nissan on my home track. I got to know the team, Josh and Edoardo in Dubai, we get on well and I think we can really do a good job. The team is very professional and the Nissan GT-R is going to be strong at the Nordschleife, which is one of the most spectacular and difficult circuits in the world. I would like to thank Paul [Ip], KCMG and Nissan for this big opportunity. I cannot wait to get behind the wheel of the “Godzilla” on this special track.”

Paul Ip, KCMG Founder: “Ever since I established KCMG, it has always been my aim to take on new challenges and make a massive impact as an Asian-based team in the motorsport sphere. As it is, we are set to compete in some of the world’s biggest endurance races this year through the Intercontinental GT Challenge. To add VLN to our 2019 GT programme, and in particular the Nürburgring 24H, is a gargantuan feat that we will take on with Nismo and the Nissan GT-R. We’re also pleased to confirm that our IGTC stars Edoardo Liberati and Josh Burdon, alongside our Dubai 24 Hour driver Philipp Wlazik, will be part of our line-up as we tackle the notorious Green Hell. It will be a difficult and ambitious undertaking, but as always, we are up for a new challenge that pushes our boundaries and we are very much looking forward to our GT debut at the Nordschleife.”