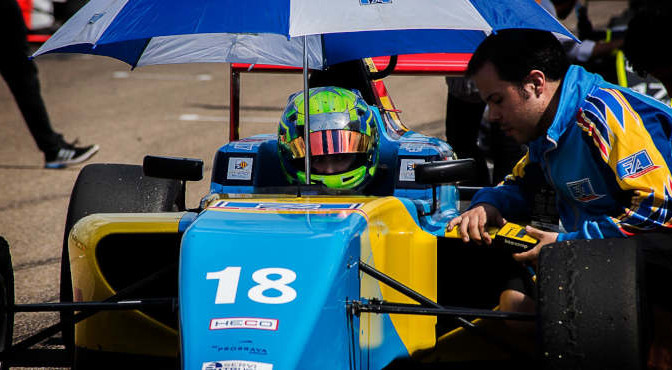 The Spaniard, after claiming the Vice-Championship in the Spanish F4 Championship with six wins and a second place to his name in the FA Racing-run Tatuus-Abarth, is currently focused on his 2019 racing programme.

Guillem Pujeu completed an extremely successful racing campaign in 2018. The driver racing under the FA Racing banner was crowned Vice-Champion in the series just a handful of points away from title. In fact, Pujeu remained in title contention until the very last lap of the last race at the Circuito de Navarra. The season was extremely challenging for FA Racing and Pujeu himself but their strenuous efforts finally paid off even under adverse conditions.

Pujeu scored six race wins, a second place and other four fourth places, five fastest laps and two pole positions to collect 200 points throughout the season. Pujeu underlines that “I would like to publicly express how proud I am of our work this season. I would like to thank everybody at FA Racing his effort. Of course, my family, friends and fans also played a key role supporting me in difficult times. We did a great deal of hard work together competing at the highest level.”

Pujeu is now currently working on his racing programme for 2019. The Spaniard will contest an international series next year to continue his racing career.