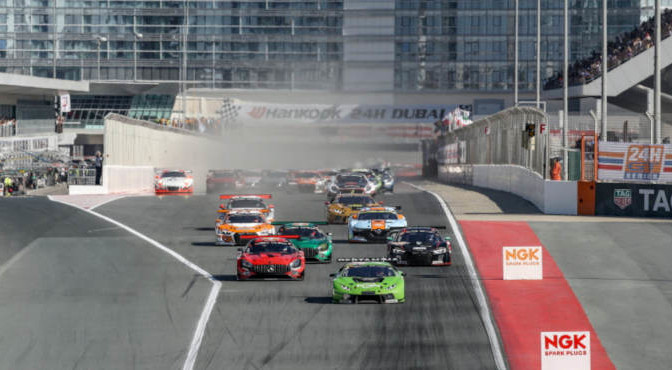 Why would motor race teams and drivers stay in Europe and expose themselves to the changeable weather conditions in winter time, making testing possibilities often unpredictable, when they can also race and test in the sun in the Middle East? Dutch agency CREVENTIC, organisers and promoters of the Hankook 24H DUBAI, the original endurance race in the Middle East, has unparalleled experience in organising races in the Gulf region and now significantly expands its portfolio of events in the area. As a result, teams and drivers can now benefit from a wide range of testing and racing opportunities at the state-of-the-art facilities in Dubai and Abu Dhabi. Entering for all the races is still possible while CREVENTIC can take care of all the logistics.

CREVENTIC’s 2019 race activities in the Middle East get underway with the 6H DUBAI at Dubai Autodrome (5-6 January). Compared to previous years, the format has changed from 3×3 hours to a single six-hour race. Participation in this race is open for prototypes and GTs as it is the opening round of the new GT AND PROTO CHAMPIONSHIP.

Next up is the undisputed season highlight and CREVENTIC’s flagship event, the Hankook 24H DUBAI at Dubai Autodrome (10-12 January), the season opener of the 2019 Championship of the Continents. Open for GTs and touring cars, this race has become established as one of the world’s classic 24-hour races. Over 80 entries have already been received and confirmed, but teams interested in participation can still register. Transport from most European ports is scheduled for the end of November.

Although there is no lack of possibilities to spend a few days off in the United Arab Emirates, teams can also use the time between the Hankook 6H DUBAI and the Hankook 24H DUBAI for testing. An exclusive test option is available at Dubai Autodrome on Monday, 7 January, from 9.00-13.00 hrs.

After the Hankook 24H DUBAI, action in the Middle East continues with the inaugural MIDDLE EAST CHAMPIONSHIP, starting with the 6H DUBAI (25-26 January), followed by the 4H ABU DHABI (1-2 February) and ending with the 10H DUBAI (7-8 February). In these races, prototypes and GTs (classes A6, SPX, 991, SP2 and GT4) are eligible to race.

Entries for all the races are still being received. With its unparalleled experience in organising endurance races in the Gulf region, CREVENTIC is taking care of transport and logistics. Entry fees for European teams include standard seafreight transport of a race car and equipment from the EU. Locally-based teams can benefit from discounted fees.

“With the MIDDLE EAST CHAMPIONSHIP, we have created a perfect opportunity for teams to test and race in the region during the European winter,” CREVENTIC’s Peter Freij explains. “At this time of year, weather conditions in Europe are always unstable while teams can find perfect conditions in the Middle East. Of course, it is also a great destination for a family holiday with its wide array of cultural and leisure activities, so there is no better place to prepare for the European season in 2019!”