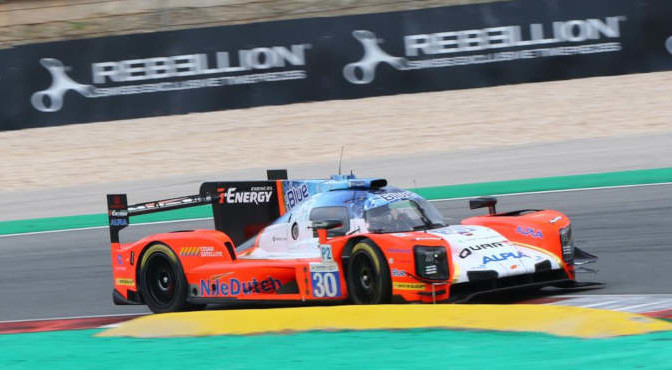 The final round of the European Le Mans Series was held in Portugal, on the challenging and fascinating Portimao circuit in the Algarve region of Portugal. AVF by Adrián Vallés impressed with its high-level performance which already lay good foundations for next season. Once again though, at the end of the day, the team lacked a real chance to finalize with a positive on-track result the great job done. After scoring the eighth place in qualifying, Henrique Chaves and Konstantin Tereschenko, driving the team’s constantly-improving Dallara P217-Gibson, even managed to take the lead, although a contact with a slower car forced the team to retire.

“Once again we did not succeed in bringing home the result we deserved, but we proved to be very fast and consistent in Portimão. It’s a bit of a pity for the contact while we were out front and that deprived us of a chance of winning or at least taking the podium. Our first season in endurance competition has concluded, and I have to say that despite all the ups and downs, it has been very interesting and positive. We proved that we are a growing team and with did a great job with Dallara. That will allow us to look, together with the Italian manufacturer, at the next season with great confidence “.