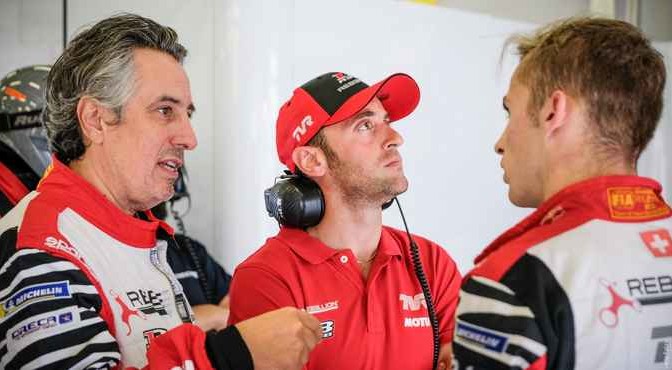 It’s an amazing double podium for REBELLION Racing although not achieved in the best of ways, but it’s a well-deserved reward for all the team’s efforts provided for over 11 years. This historical victory is the first for a non-hybrid engine since 2012 and the first for a private team since the beginning of the FIA World Endurance Championship. It’s also the first for an American driver (Gustavo Menezes), while Thomas Laurent became the youngest (20 years old) driver to win a race in the FIA WEC.

It wasn’t an easy race, first of all due to Bruno (Senna)’s accident during the first free practice, where he was injured and had to forfeit. Also because of the chaotic start of the race due to a contact with a BR1 car, and because of the unexpected stop at the end of the race of the N. 1 to change the rear block.

Although the battle with the other private teams was interesting and full of twists, the leadership of the Toyota Hybrids was inevitable. This proves that the EoT has yet to be adjusted for the show to be total. The Silverstone circuit, particularly bumpy, was not conducive to our cars, which were very tricky to drive. In spite of everything and in view of the final result, I take my hat off to the whole team and especially to the mechanics, who were able to repair the N. 1 car before the race, not to mention the drivers who did an amazing job. This victory was made possible by this tremendous teamwork. REBELLION Racing is now only 3 points behind Toyota in the championship.”