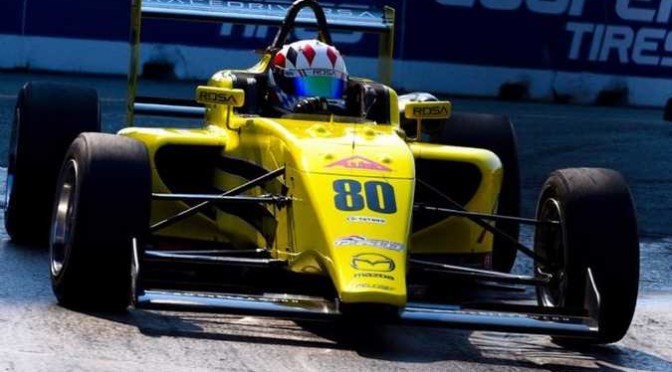 Cape Town racer Julian van der Watt intends to continue his resurgence of form in the US Formula 2000 championship when the series visits the twisty and undulating 13-turn 4km Mid-Ohio Sports Car Course for the sixth round of the championship in a three race weekend 27-29 July.

“I can’t wait for this one!” Cape Town driver Julian admitted.”Our luck ran our way last time out — well mostly and I had a great race from the back to end up fifth after avoiding the chaos on the opening lap — so let’s hope this roll can now continue and I can fight up front. “We had a good test at Mid Ohio last week where I concentrated on race set-up – it’s a typical American road course as thay call them – a track like I’m used to so the first trick is to avoid any trouble and then worry about a good position.

It’s a full weekend with three races over the weekend rather than the usual two — we start with practice on Thursday, the first race is 22h30 SA time Friday, race 2 is 18h35 Saturday and the final is 18h10 Sunday.”
Follow Julian van der Watt via live streaming and live timing throughout the Mid Ohio weekend at www.usf2000.com.